TOT SC, SCG Samut Songkhram and Siam Navy will all be trying to avoid the last relegation spot on the final day of the Thai Premier League season today. 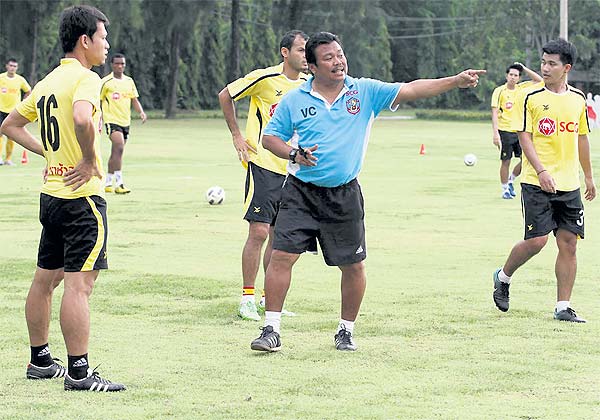 TOT have 34 points while SCG and Siam Navy each have 33.

Khon Kaen and Sri Racha have already booked their tickets to Division One.

If two teams finish on the same points, their head-to-head record will be the first tie-breaker. If the three teams are tied on points, their results in a mini-league will be counted and in that case Siam Navy will go down.

Siam Navy have already been deducted three points this term for fielding too many foreign players in a match earlier in the season.

TOT coach Somchai Supperm said yesterday that he was confident his team will stay up.

"If we fail to win, then we can still stay up if a result in one of the other two games goes our way. However, I am confident that we will beat BEC Tero."

SCG coach Worawan Chitawanich said: "We will rely on ourselves by beating Army United."

Meanwhile, Division One side Songkhla FC cannot play in the TPL next season, the Football Association of Thailand ruled yesterday.

Division One champions Buriram FC will merge with TPL winners Buriram PEA and become Buriram United. At the same time, Buriram FC have given their promotion rights to Songkha FC.

But the FAT said this could not be done and PTT Rayong, who finished fourth in Division One, will now play in the TPL next season. 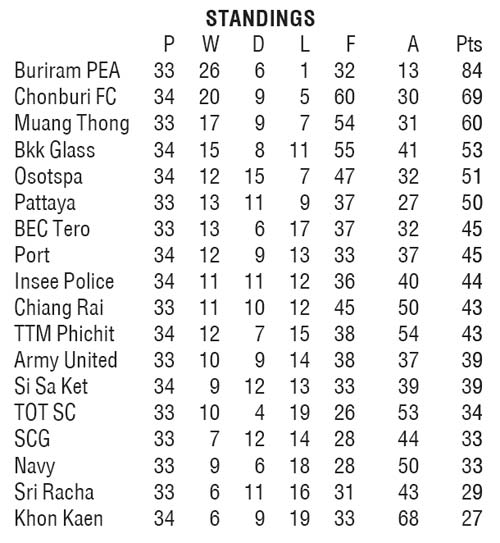