An attempt to push Muay Thai to become an Olympic sport has suffered a blow after its governing body International Federation of Muaythai Amateur (IFMA) failed to get recognition from the International Olympic Committee (IOC). 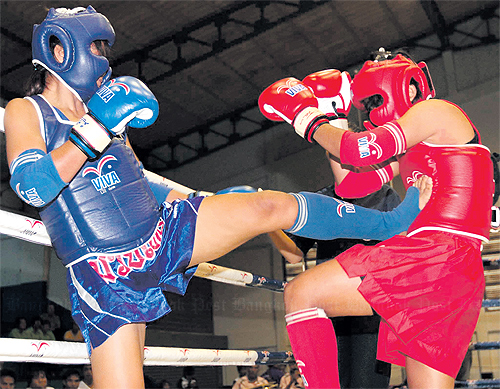 The International Federation of Muaythai Amateur needs to be recognised by the IOC in order to push for Olympic inclusion.

The IOC did not recognise the IFMA at a meeting in St Petersburg, Russia last week, IFMA president Sakchye Tapsuwan said yesterday.

Despite the failure, Sakchye is still looking on the bright side, saying his organisation will get another chance at an IOC meeting in December.

"We received some advices from the IOC Sports Department," Sakchye said.

"If we can fulfil their requirements, then we should be recognised in December.

"I am sure that we are on the right track."

Nat Intrapana, an IOC member from Thailand, said that he was not surprised that the IFMA did not get recognition last week because the IOC executive board would consider the matter in December.

"Actually, the IOC executive board will make a decision in December," he said.

Meanwhile, a plan by the newly elected head of an umbrella sports body for a United World Championships every four years is not a good idea because of the already congested sports calendar, the IOC said Friday.

International Judo Federation boss Marius Vizer, who was elected president of SportAccord, an organisation of Olympic and non-Olympic federations, on Friday, said the new event was not planned as a rival to the Olympic Games.

"They [the IOC] don't have to be worried because it's a different event with a different background, a different strategy," he said.

"We will do everything in partnership and in agreement with all international sports organisations."

The plan is for the event to take place every four years, with the first edition in 2017.

"I am nearing the level of my irrelevance but it contradicts with the opinion of Asoif [Association of Summer Olympic International Federations]," said Rogge, who is stepping down after 12 years in September.

"Asoif 10 days ago came up with a declaration that the international programme is already too congested and that there are too many events," Rogge said.

"So this is something that has to be discussed not only between the IOC and SportAccord but also within SportAccord." BANGKOK POST/REUTERS