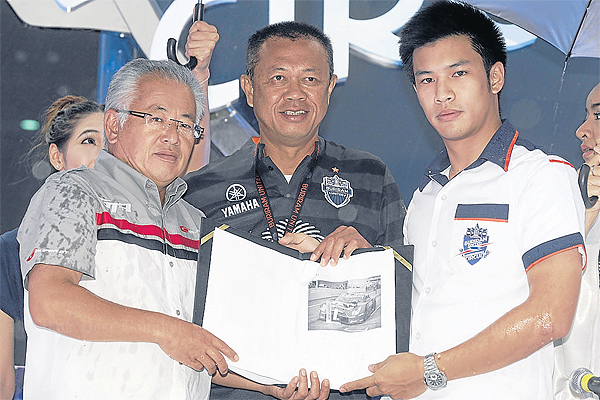 He is building Buriram United International Circuit (Bric) on a 1000 rai plot near I-Mobile football stadium.

The inaugural Super GT race at the Bric, designed by German engineer Hermann Tilke, will take place in October next year.

The contract was signed by Newin and Super GT chairman Masaaki Bandoh.