Zvonareva arrives in Pattaya after early exit in Melbourne
Sports

Zvonareva arrives in Pattaya after early exit in Melbourne 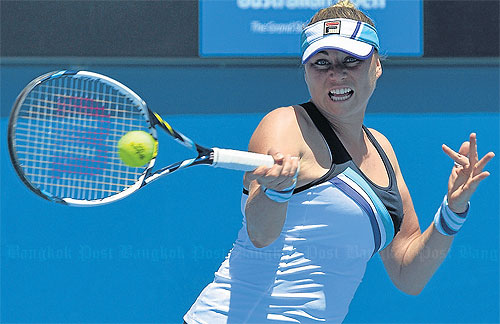 Zvonareva left Melbourne for Thailand after an early exit at the Australian Open. She is making a comeback after missing the whole 2013 season following surgery on her shoulder.

The two-time Grand Slam finalist has won in Pattaya twice and will be joined in this year's event by Sabine Lisicki, Sorana Cirstea, Ekaterina Makarova and Elena Vesnina.

Organiser Geoffrey Rowe said the political situation in Bangkok has not affected the Pattaya tournament.

Tickets starting from 300 baht are available at Thai Ticket Major, call 02-262-3456 or go to thaiticketmajor.com.