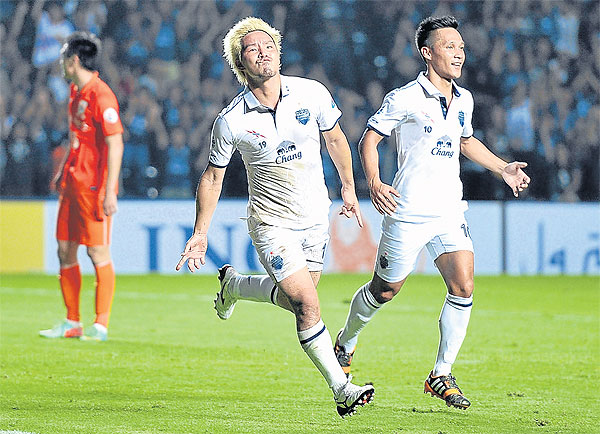 Playing under new head coach Bozidar Bandovic following the resignation of Alejandro Menendez Garcia, Buriram created an early chance through Prathum Chuthong but his header went over the bar. Then, in the 32nd minute, Jay Simpson fired the ball into the net but was called for offside.

However, Buriram broke through shortly after when, in the 35th minute, Theerathon Bunmathan crossed to Hirano, who put the Thai team in front.

Shandong attacked doggedly in the second half and created several chances but Buriram’s defence held firm.

Victory means Buriram still have the chance to qualify for the next round, although they are locked on five points with Shandong and Cerezo Osaka, who were yesterday beaten 2-0 by South Korea’s Pohang Steelers.

Elsewhere yesterday, FC Seoul leapfrogged Central Coast Mariners to the top of Group F through an own-goal in stoppage time.

On Tuesday, Melbourne Victory stunned Guangzhou Evergrande 2-0 to halt the title-holders’ progress to the Asian Champions League knock-out rounds and leave all four teams in their group level on points with one game left.

Marcello Lippi’s side had beaten Victory 4-2 in their earlier meeting, but goals in the opening and closing minutes ensured a shock win in Melbourne and blew Group G wide open.

It was Victory’s best win in four Champions League campaigns, and means they will reach the knock-out round if they beat 2006 winners Jeonbuk Hyundai Motors in South Korea next week.

Victory were ahead inside the opening 90 seconds, when Milligan won the ball in Guangzhou’s half and passed to Jesse Makarounas before continuing his run and finishing smartly.

The Australian side had several chances to extend their lead in the first half, but Guangzhou came alive after the break and goalkeeper Nathan Coe saved from both Muriqui and Feng Renliang in the game’s final quarter.

Another great save from Coe thwarted a swift Guangzhou counter-attack before substitute Andrew Nabbout and Kosta Barbarouses combined to set up James Troisi’s goal in the first minute of stoppage time. 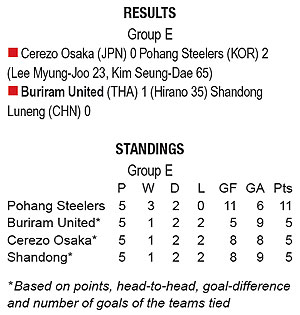