Europe's football governing body UEFA on Wednesday stepped up an inquiry into the finances of top clubs as Manchester City players were named the top earners in world sport. 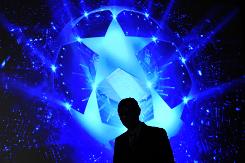 View during the draw of the UEFA Champions League quarter-finals at the UEFA headquarters on March 19, 2010 in Nyon

UEFA has refused to say which clubs have been called to explain their accounts, but media reports say that Premier League title contenders the Abu Dhabi-owned Manchester City and Qatari-owned French champions Paris St Germain could face sanctions.

Both have spent hundreds of millions of dollars to achieve national and European success while UEFA has brought in new rules aiming to stop clubs spending more than they earn.

City have spent lavishly on top players since being taken over by Sheikh Mansour bin Zayed al-Nahyan in 2008. Argentine Sergio Aguero cost about 46 million euros in 2011.

City's outlay helped them to win the Premier League title in 2012, while Paris St Germain claimed the Ligue 1 crown the following season.

A UEFA spokesman told AFP that "several clubs" had been spotlighted by a hearing of the organisation's Club Financial Control Body.

The governing body would not comment on possible punishments saying only that it "does not provide any details about clubs' ongoing investigations as part of the monitoring process nor will it comment on correspondence between the Club Financial Control Body and clubs".

The decisions by the Club Financial Control Body's Investigatory Chamber are to be made public in early of May, said a UEFA statement.

Under the UEFA rules, clubs are not meant to make losses of more than 45 million euros ($62 million) during the 2011-12 and 2012-13 seasons. Some spending, such as new infrastructure, is exempt however.

City reported losses of pound sterling149 million (180 million euros) for 2011-13. But the club has cut losses in recent years and expressed confidence that it can break even in coming years.

Paris has spent well over 360 million euros on transfers since 2011 when it was taken over by an offshoot of the Qatar Investment Authority.

Clubs found guilty of contravening the UEFA regulations could face punishments including exclusion from the Champions League or being stripped of titles.

But British newspaper The Daily Telegraph, which did not cite sources, said that City and Paris St Germain were more likely to be hit with a financial penalty.

The paper said that "fewer than 20" clubs were at risk of sanctions.

Budget carrier Scoot cancels its daily flight from Singapore to Wuhan, and Taiwan's China Airlines also suspends services, as authorities lock down the city at the centre of a fast-spreading virus outbreak.

SYDNEY: A water-bombing plane was missing and feared to have crashed in Australia's southeast on Thursday, as firefighters battled a new outbreak of bushfires whipped up by scorching temperatures and strong winds.