Buriram bow out after draw in Korea
Sports

Buriram bow out after draw in Korea 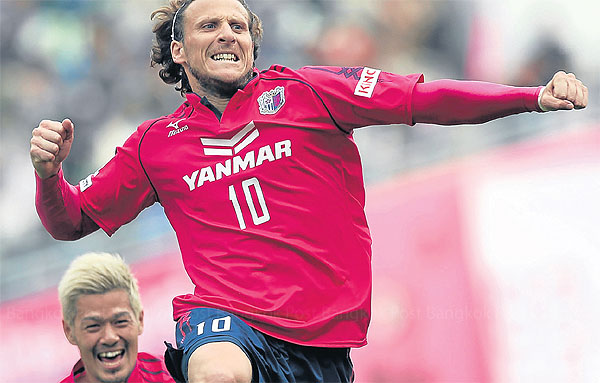 With the result against Pohang, who had qualified for the knockout stages, Buriram had six points and the Koreans 12.

In the other Group E match, Japan’s Cerezo Osaka won 2-1 at China’s Shandong Luneng, with Uruguay forward Diego Forlan scoring the winner, to join Pohang in the last 16 on eight points.

At Pohang, Buriram were the better side in the opening stages but failed to break the hosts’ defence with their goalkeeper Kim Da Sol in good form.

The Thais threw everything at Pohang in the second half with Carmelo Gonzalez, Theerathon Bunmathan, Jay Simpson and Suchao Nutnum coming close to scoring.

But two minutes from time, Pohang’s Yoon Jun Sung had the best chance of the match when his header hit the bar.

Buriram, who reached the AFC Champions League quarter-finals last season, have been struggling this term.

The Thunder Castle, who swept all three domestic titles last year, are just three points above the relegation zone in the Thai Premier League.

At Shandong, Wagner Love opened the scoring for the Chinese team after 20 minutes.

Cerezo scored two goals in the first three minutes of the second half with Yoichiro and Forlan on target to finish off Shandong.

On Tuesday, a first-half double from Brazilian striker Elkeson rescued title-holders Guangzhou Evergrande from possible elimination and sent them into the last 16 on Tuesday.

Marcello Lippi’s injury-hit tournament favourites had been in danger of bowing out but they shrugged off the pressure to beat Yokohama F Marinos 2-1 in their final group game.

Guangzhou were joined by 2006 winners Jeonbuk Hyundai Motors, who survived a late penalty shout to draw 0-0 with Melbourne Victory and escape an ultra-tight Group G on goal difference.