LAUSANNE — Violinist Vanessa Mae has appealed a four-year ban from ski competitions to the Court of Arbitration for Sport (CAS) after being found guilty of manipulating results in order to qualify for the Olympics. 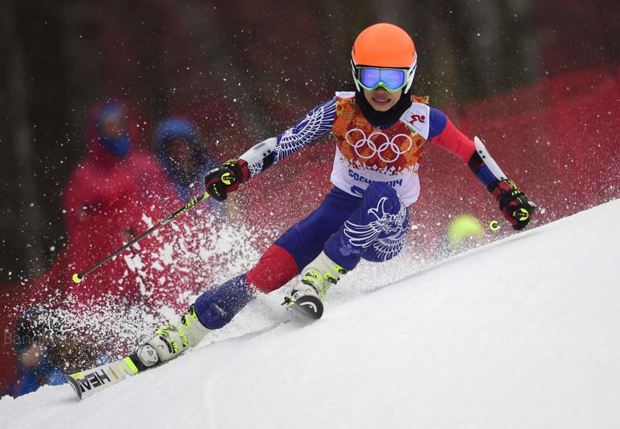 This file picture dated on Feb 18, 2014 shows Thailand's Vanessa Mae, competing during the Women's Alpine Skiing Giant Slalom Run 1 during the Sochi Winter Olympics. The violinist has appealed a four-year ban from ski competitions to the Court of Arbitration for Sport (CAS) after being found guilty of manipulating results in order to qualify for the Olympics. (AFP photo)

Investigators from the International Ski Federation (FIS) last month banned 36-year-old Vanessa Vanakorn, known as Vanessa Mae, after it was found that results were manipulated during trials in Slovenia to enable her to compete at the Sochi Games.

CAS confirmed on Thursday they had received an appeal from Mae.

"Two arbitration procedures have been opened and are being conducted in accordance with the Code of Sports-related Arbitration," CAS said in a statement.

Mae, a former child violin prodigy born in Singapore to Thai and Chinese parents, but who grew up in Britain, was given a four-year ban from participation in any FIS-sanctioned events worldwide.

As Thailand's first ever female Olympic skier in the Russian resort of Sochi in February, Mae -- racing under her father's surname Vanakorn -- made headlines and added a splash of glamour to the event.

But unlike her successful music career with millions of albums sold, her performance on the piste as one half of the Thai team was underwhelming, coming 67th and last in the giant slalom, far behind the rest of the field.

"I expected to be last but at the end of the day the Olympics is a great opportunity," she said at the time.

"I nearly crashed three times, but I made it down and that was the main thing."

The Thai embassy in Seoul has warned people going from Thailand to South Korea that cannabis and cannabis-based products are illegal there and carry stiff jail terms, with deportation and the likelihood of being barred from future entry.