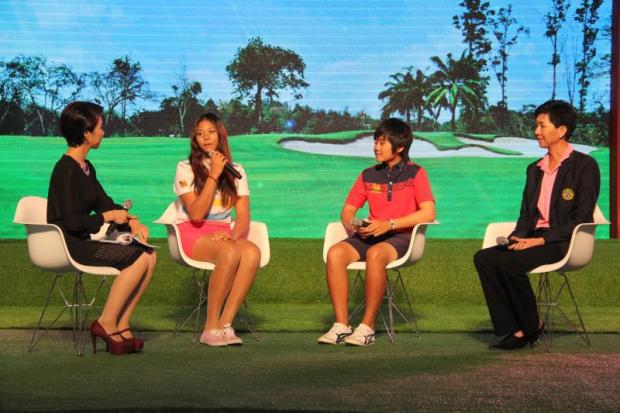 The US$1.5 million tournament will be held at Siam Country Club in Pattaya from Feb 26-Mar 1.

Chiang Rai-born Budsabakorn, the country's top female amateur, was in the Thai team which won gold at last year's Asian Games in South Korea where she also claimed silver in the individual event.

In all, seven Thais will play at the 70-player tournament.

Pornanong Phatlum and Moriya Jutanugarn have earned spots through their LPGA money rankings at the end of last year.

Unfortunately, 17-year-old Lydia Ko, who become the youngest ever world No.1 this week, is not available for the Pattaya event because she has chosen to play in her country at the New Zealand Women's Open on the same week.

The other top-10 players have confirmed their participation — Park In-Bee, Stacy Lewis, Feng Shanshan, Suzann Pettersen, Michelle Wie, Ryu So-Yeon, Kim Hyo-Joo, Karrie Webb and Lexi Thompson who are ranked from No.2 to No.10 respectively.

No.12 Choi Na-Yeon of South Korea, who won the season-opening Coates Golf Championship in Florida on Saturday, will play in the Honda LPGA for a sixth time.

No.13 Anna Nordqvist of Sweden will defend the title she won by two shots last year.

Mobile users can register for 10 free gigabytes of data usage, starting from April 10, as part of a public assistance scheme during the Covid-19 crisis, according to the National Broadcasting and Telecommunications Commission (NBTC).

Up to 40 more labs will be given approval to run tests for Covid-19 infections nationwide by the end of this month, according to the Department of Medical Sciences.