Singapore: Thailand yesterday expressed interest in coming to the rescue of the 30th edition of the SEA Games in 2019 following withdrawal of Brunei as the host country. 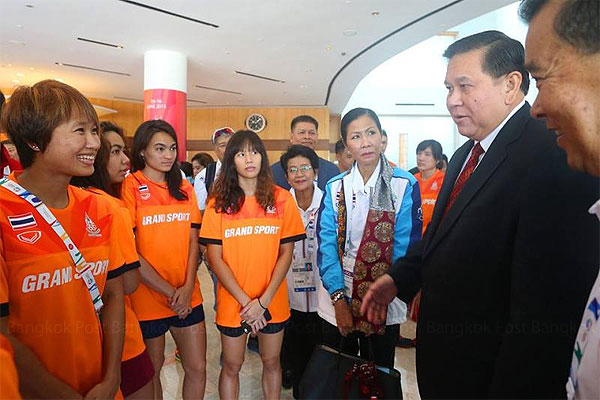 Gen Yutthasak Sasipraba, president of the National Olympic Committee of Thailand, after talks with Deputy Prime Minister Gen Thanasak Patimaprakorn in Singapore yesterday, said it was very likely Thailand would step in.

Yutthasak added that he had held discussions with three senior representatives from the Philippines who expressed doubts about their country’s ability to replace Brunei as the host in 2019.

Gen Thanasak, on the other hand, expressed instant interest in organising the Games and told all concerned parties to carry out a feasibility study and estimate budgets, according to Yutthasak.

Yutthasak said: “It is expected that we would need to spend about 800 million baht to host the 2019 Games.”

Tourism and Sports Minister Kobkarn Wattanavrangkul also echoed the same enthusiasm, saying that Thailand should host the 30th SEA Games in 2019 because it would help boost tourism in the country.

It is expected that the main venue for the Games would be Chon Buri with Trat and Chanthaburi also becoming a part of the Games and playing supporting roles.

The plan aimed at promoting the eastern region as a prime sports and tourism destination.

Thailand last hosted the SEA Games in 2007 in Nakhon Ratchasima.

Meanwhile, Thai delegation chief Thana Chaiprasit has expressed optimism that the contingent of 1,049 athletes and officials from the Kingdom will be crowned the overall champions once again.

To give moral supports to the team, Prime Minister Prayut Chan-o-cha will leave for Singapore on June 12 and will watch the final of the women’s sepak takraw event.

“We have started off well by claiming two gold medals before the official opening of the Games,” said Thana, adding: “Traditionally, our gold medal haul starts later in the tournament.”

“Both gold medals won in table tennis and fencing were unexpected as these have not been our favourite events for a long time.”

Thailand are expected to take home about 100 gold medals, which should prove enough to land them the overall title.

In another development, swimmer Nattapong Ket-in, who has tested positive for a banned substance, has been forced to withdraw from the Games.

The Chiang Mai native was scheduled to compete in the men’s 100m and 200m breaststroke and 200m and 400m individual medley events.

Swimming team manager Thanon Saengnak said Nattapong’s absence could prove to be a major blow and the targetted haul of five gold medals had been revised to three.

Nattapong could face a two-year suspension. 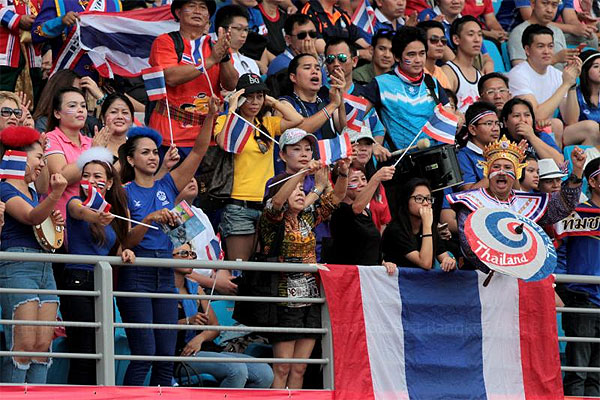