A rigorous, inquisitive attitude to data isn't just the first step — it defines the entire journey

With markets and customer demand evolving faster than ever before, "transformation" has taken pole position on every executive's list of buzzwords. Succeeding at major organisational change, however, takes more than the right rhetoric: nine in every 10 digital transformation projects in the US and Europe end in failure.

What does it take to guarantee, or at least maximise the chances of any business transformation initiative succeeding?

The answer lies in data: not just using it, but building a culture that lives and breathes it. In fact, data-driven businesses not only have higher chances of success when transforming processes or organisational models -- they also tend to approach the very act of transformation differently to their less data-reliant peers. A rigorous, inquisitive attitude towards data isn't just the first step towards successful business transformation; it defines the trajectory of the entire journey.

Data-driven businesses don't base their transformation strategy on assumptions. In organisations which have embraced data as part of their everyday decision-making, leaders tend to either build their transformation projects according to insights from existing data, or use data to test their hypotheses before embarking on any project.

Sometimes that data comes from within the business, sometimes from outside. A mature data-driven organisation assesses its data dispassionately before leaping into any potentially costly, time-intensive transformation project, with leaders doing their best to avoid confirmation bias in how they select or interpret that data.

Embrace the unexpected: Data-driven organisations don't just start off the transformation process by rigorously interrogating their data -- they continue doing so throughout its course. That helps them identify potentially unforeseen consequences of changing certain processes or structures before they can disrupt the transformation cycle.

Often, these organisations will adopt a real-time view of all critical business data to spot unusual or unexpected shifts in the status quo that might indicate a change initiative is or isn't performing as planned. The response -- continue without change, make corrections, or halt a certain initiative entirely -- ultimately depends on what the data tells them.

What's key for these organisations isn't necessarily their data -- it's the mindset they show in constantly consulting it for guidance. Such businesses, and the leaders who direct them, acknowledge that they can't predict every possible effect of widespread business transformation. They also acknowledge that "agile", "responsive", and other bywords for adaptability don't happen without keeping a constant eye on the road ahead. 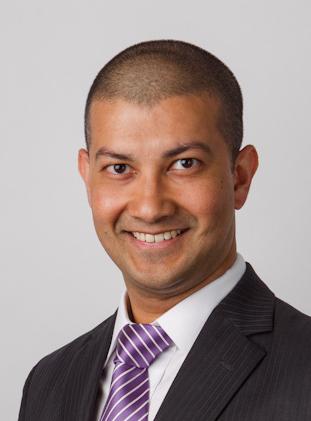 Data-driven organisations reduce the errors caused by relying excessively on leaders' intuition because of their focus on constant, quantifiable evidence of success. As a result, they're more likely to both identify unexpected consequences in advance and take the appropriate level of action, rather than over- or under-reacting to the inevitable variables in their plans.

Take small steps: In fact, data-driven organisations tend to approach the very process of business transformation differently to their less data-centric peers. They typically embrace a much more iterative model of transformation, preferring to take a series of smaller step-changes rather than embarking on "Big Bang" transformation ventures. Such small-scale projects may lack the ambition or scale that usually grab the business headlines.

They also minimise both the likelihood and cost of failure to the organisation, while delivering meaningful results to staff and customers much faster -- ensuring greater support for follow-up changes further down the track.

Overall, data-driven businesses hold clear advantages over their peers in maximising the chances of successful business transformation. What does it take to establish the necessary culture? Technology certainly plays a major role.

Having access to real-time, organisation-wide data makes it far easier for leaders to not only base their decisions on, but constantly test their and others' underlying assumptions, quantitative and comprehensive information about their business.

Perhaps more important is the attitude that the organisation takes to not just data, but transformation more generally. The greater the emphasis on data in decision-making, the less likely leaders are to elevate their own perceptions above the facts. That, in turn, reduces the likelihood of transformation being driven by the wrong motivations -- personal agendas or ambition, for example.

Data starts, maintains and brings business transformations to fruition because it orients leaders and employees around what's really going on in -- and what matters most to -- their business.

Dhruv Dhumatkar is director of solutions engineering for Australia and New Zealand with NetApp, a hybrid cloud data services specialist.

Record flood of new deposits is problem for banks

Thais are turning to banks as a safe haven, adding deposits at a record pace in the Covid-19 era. While that’s a vote of confidence, the lenders are likely to face a hard time putting all the funds to good use.