Spectrum auction sheds light on how operators intend to get started. 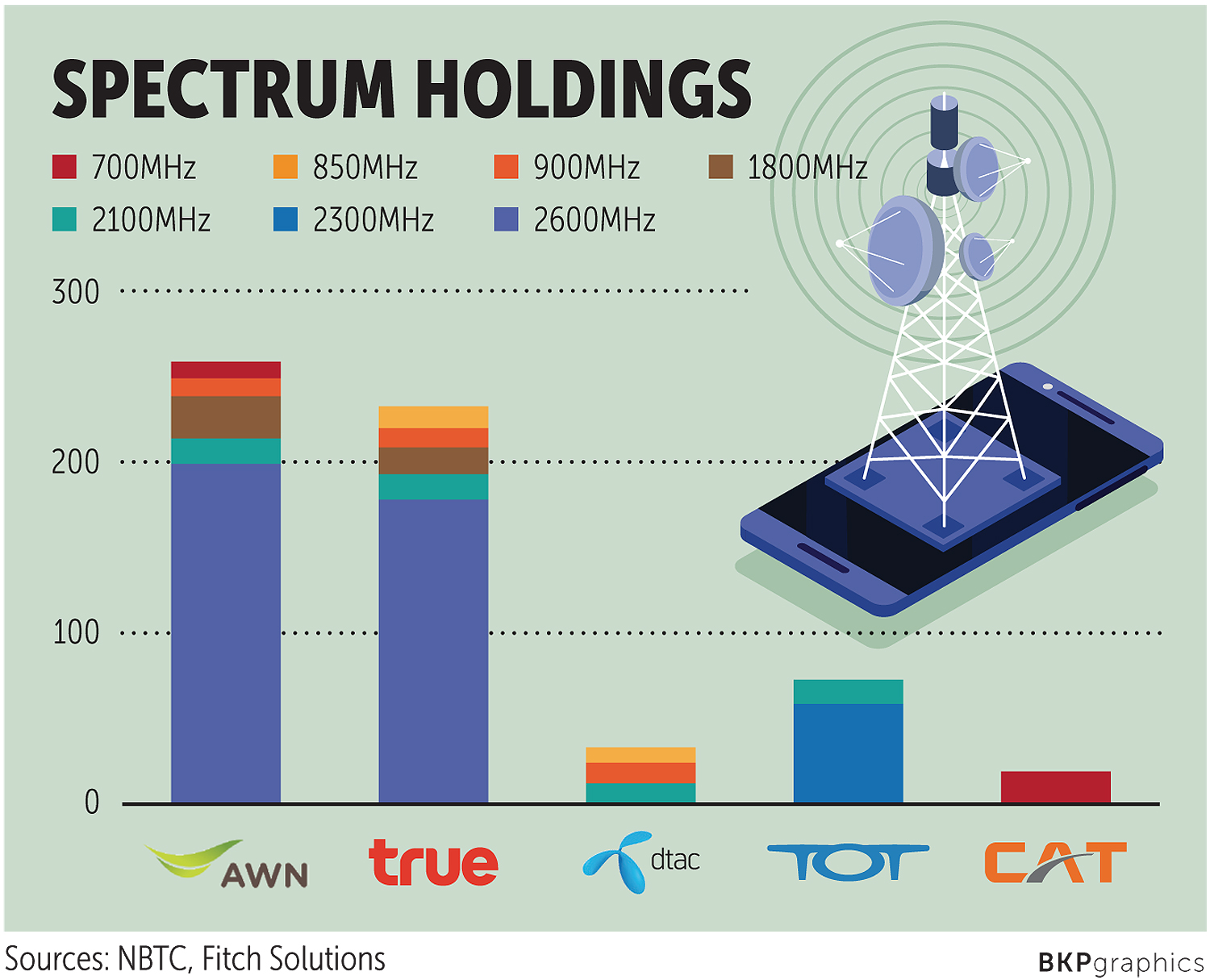 Implications: Currently, neither the 700- nor 2600-megahertz bands are used for any telecom services. The 700MHz band was vacated when analogue TV services were shut down in favour of digital services in January 2020, while frequencies on the 2600MHz band were previously held by the state-owned broadcaster MCOT, which did not utilise the spectrum.

The NBTC, prior to the auction, agreed to compensate MCOT 6.6 billion baht for recalling the spectrum, which was due to expire at the end of 2022. The NBTC stated the 700MHz spectrum can be used to boost 4G capacity, and be deployed for 5G services.

DTAC's decision to bid only for the high-frequency mmWave spectrum suggests it would pursue a network-sharing arrangement with one of the other operators, or bid in future 5G spectrum auctions.

The satellite communications provider Thaicom announced in November 2019 it would vacate the 3.5GHz band sometime in 2020. The company possesses rights to use the band -- which is currently utilised for the operation of its Thaicom 5 satellite -- until September 2021. The NBTC has agreed to compensate Thaicom given that its services will be affected by the recall of the band, and it appears Thaicom will migrate to another unused band.

Auctions for spectrum on the 3.5GHz band will likely take place towards the end of 2020. Alternatively, DTAC could look to repurpose its existing LTE agreement with TOT to deploy 5G services.

All operators have forgone bidding for the 1800MHz spectrum, which is currently utilised for 2G services in the country. Attempts to auction capacity on this band in June 2018 failed when none of the operators submitted bids, although in August of the same year, AIS and DTAC each secured 5MHz of capacity on the band. Even prior to the auction, operators have stated their unwillingness to bid for this band.

What's next: Limited 5G services will be launched in 2020, and we expect operators to first use spectrum to deploy consumer-focused services, namely mobile and fixed-wireless services. These will largely be centred in wealthier areas where the potential for returns on investment is higher, namely Bangkok and vicinity.

The three private operators are already carrying out trials of the new-generation services. True announced it will focus on dense, downtown areas, as well as industrial zones for the initial stages of its roll-out.

The NBTC has announced it will allow all telecom equipment vendors, including Huawei Technologies of China, to participate in deployments.