Over the past year, I've been using my notebook computer as my primary device for nearly all computing tasks (also using a docking station for more heavy-duty tasks), however, after trying Lenovo's home-router-sized computer for about two weeks, I know what I've been missing: speed, connectivity and an organised desk.

I find it very ironic that docking my notebook to a screen at work actually takes up more space on my desk than this Lenovo ThinkStation P330 Tiny. It is 10 times smaller than the PC given to me to use at work (that I don't use since it's slower than my notebook) and way faster at handling photo and video editing compared to the other two. I really like how small the actual machine is and how easily it can be moved, both horizontally and vertically, to any corner of the desk.

I was able to carry it to my house and back to the office in my over-shoulder bag (it was a bit heavy but manageable). More importantly, the Lenovo ThinkStation P330 Tiny's incredible small form makes it easy to maintain an uncluttered desk.

The set I got for this review was pretty high-end as it came with a 24-inch studio-level screen, costing a total of 48,305 baht, however, this tiny device can be as cheap as 22,665 baht with a 3.1GHz Intel Core i3-8100T Processor (no screen of course). Fortunately, Lenovo's website enables you to customise the specs of this machine to fit your budget.

Since this is an immensely powerful set-up with an Intel i7 CPU, 16GB of RAM and an NVIDIA Quadro P1000 graphics card, it can handle just about anything except gaming. I think I have saved myself at least 1.5 hours a day of doing heavy-duty photo editing tasks as there is extraordinarily little wait time to export photos on this beast. I love it!

Yes, you can game on it to an extent but Lenovo built this P330 Tiny for video and image editing (not to mention my boss will be giving me the evil eye from having too much fun right next to him). 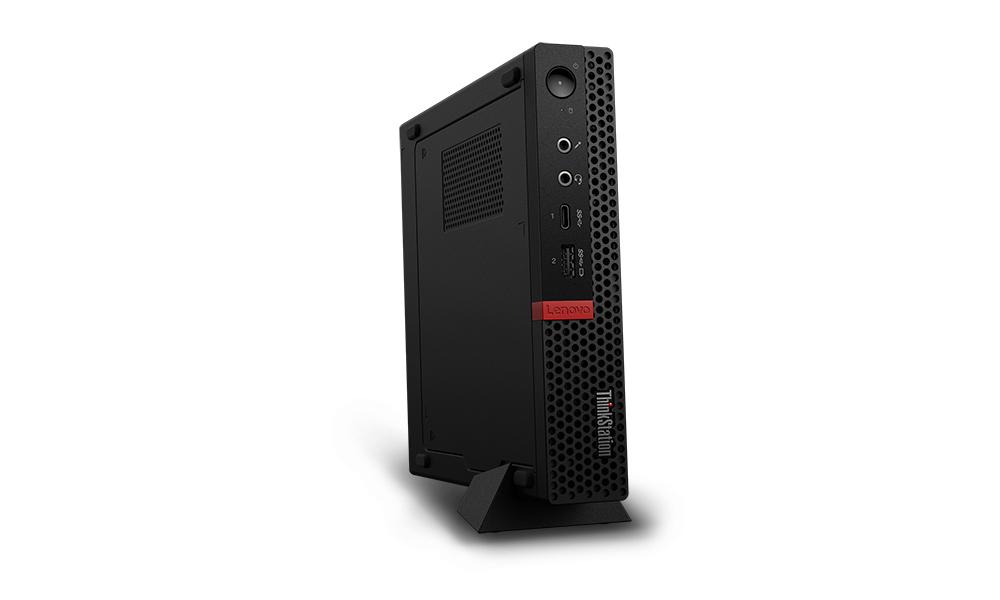 The computer is well-built and can be pushed to its limit speed-wise for a long time without it slowing down. Normally, this computer will not produce any fan noise, but it can become noticeable if you push it with things like using Chrome with 60 tabs open, sophisticated video editing or playing the latest Call Of Duty.

Personally, I prefer one big screen to a multiple screen set-up but this compact computer can take up to six monitors with its multiple DisplayPort and HDMI ports. So you can go wild with how you want to set the screens up around you. Imagine having six screens surrounding you with each doing its separate tasks with items that can be dragged across from one to the other or having one stacked on another to create one combined huge screen. Does this not seem so sci-fi? Although it might a nightmare for your power bill.

Lenovo was pretty endurance-centric while designing this ThinkStation and got it a UL Anti-Dust certificate, which means that it can withstand dust for years. Dust is something that can be a bane and slow your computer down over time by clinging to parts of the computer's components and reducing their efficiency.

The default set-up does not come with a screen but ThinkVision monitors can be bought as a bundle for an extra 3,000 baht (and beyond).

It also has a built-in speaker that gives sound but I would grab a proper speaker any day for my musical needs since it has little bass output and it doesn't go loud enough to fit my listening tastes.

I can easily see this computer being a great choice as a work station for most situations. 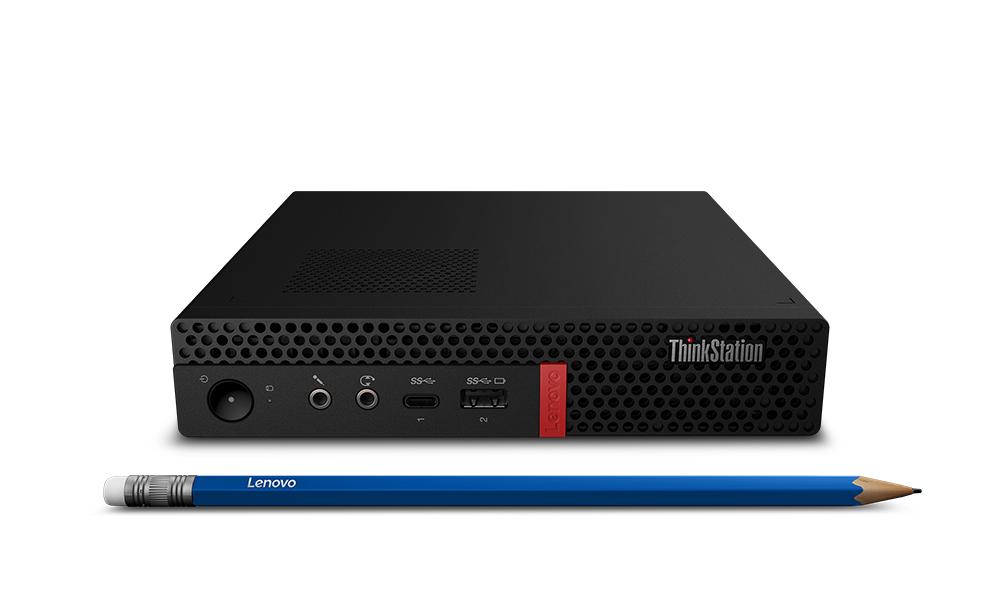