Mi 11 has Snapdragon 888 chipset, comes in a compact body, and features a few fun video effects

Xiaomi's Mi 11 is one of the lightest and most compact smartphones to offer top specifications like the Qualcomm Snapdragon 888 chipset, dynamic 120Hz screen and dual speakers tuned by Harman Kardon, together with a bunch of effects for video recording to make your videos more fun.

After using "large" phones for many years, it is nice to hold a "light" phone again. The phone's design, apart from the camera, reminds me of my old Samsung S7 Edge with a curved glass sandwich with metal rims all around the sides. However, the ones on the left and right are narrower than the top and bottom. There is nothing wrong with this design, apart from the downside of having a significantly curved screen, which I find causes mistypes and accidental touches during horizontal use, like gaming. The good thing though is that you can easily adjust how much you want the phone to ignore touches on the edges of the screen to fit your liking.

Another downside of being light and thin is that there is less space in the cooling system, which rears its ugly head when you push the phone for more than just casual surfing. The phone heats up to an uncomfortable level to hold but does not overload nor freeze when gaming or during long sessions of recording videos or snapping photos. It is a sacrifice to get something this powerful in a compact form, I guess.

With enough light, the phone produces eye-pleasing sharp, vibrant photos and slightly oversaturated videos with its wide selection of lenses. The phone has optical stabilisation on its 108MP wide-angle camera which is a must for people with shaky hands. However, in low-light situations, it is not as good as its competitors which can make dim-environment photos look like daytime. You can also get up close to a subject, like flower petals, with its tele-macro lenses. So, apart from taking pictures of soi dogs in a dark alley, this phone will give you great results. In fact, you can even do cool video tricks like freezing a person in time while another moves normally, or make the background move while the person in the frame remains relatively still. 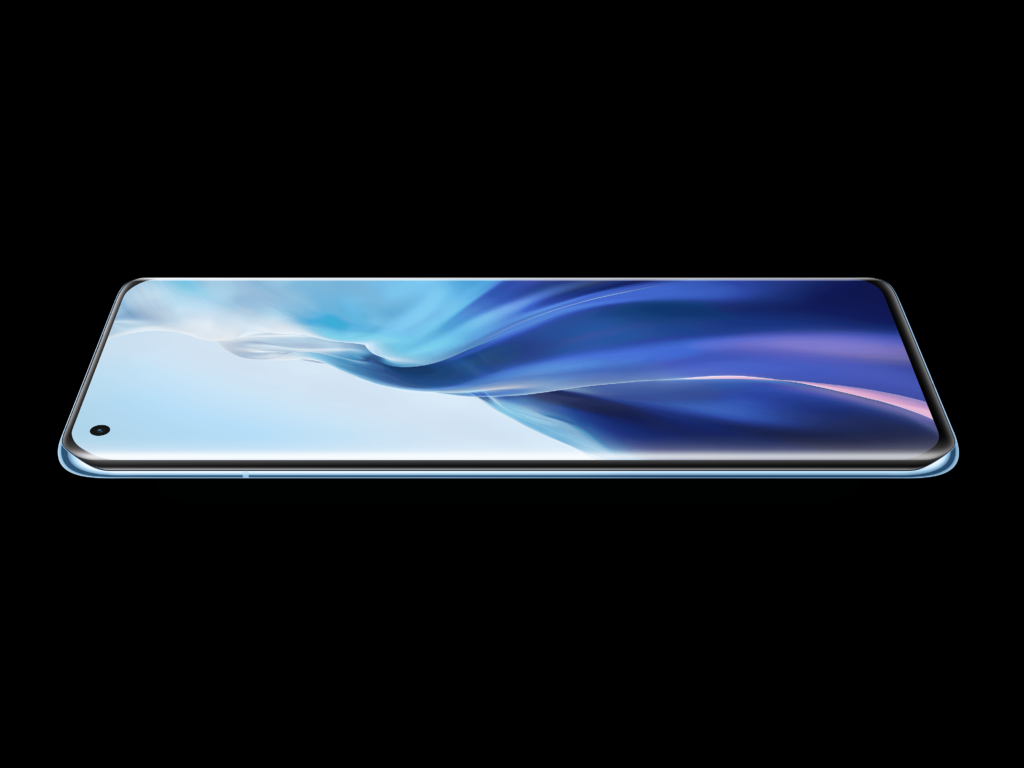 The hole punch front-facing camera is located at the top left corner of the screen, which I find is the least obtrusive area to put one. Samsung tends to place these in the top middle which is a little more noticeable. However, these punch holes and notches tend to "disappear" after a few days of use because you get used to them and your mind simply ignores them over time. You can ask any iPhone user about their "huge" phone notches and they will reply with "I don't mind" or "I don't see it anymore".

Compared to Samsung phones, the Mi 11 has virtually no bloatware apart from the typical uninstallable social media apps, giving the phone more space out of the box to take more photos and install apps that you want. On the other hand, there are very few extra useful features, like the Samsung DeX, or being able to take photos by showing the palm of your hand, for instance.

There is a rare feature that comes with this phone -- an infrared blaster (IR blaster). This feature lets you use the phone as a remote control for any electronic device that can be controlled by one, like a TV or an air conditioner. If you are the kind of person who can never find your aircon remote, this feature will be a major boon.

It's funny that the most expensive phones give you less in the box, but the cheaper ones give you more, no? The Mi 11 gives you a 55W adapter, a transparent case, and a USB-to-headphone-jack adapter, while the iPhones and the high-end Samsungs do not.

I also love the cartoonish transition animations when you move from app to app or go back to the home screen, which is amazingly fast and zippy. But this may be an acquired taste because it can be considered a little childish to some. Not to me though, I find it smooth, stylish and refreshing.

This phone can also do video upsampling to make not-so-smooth videos smoother using AI. Cool but not necessary with what YouTube and Netflix give you these days.

The phone has a 4,600mAh battery which has outstanding standby time. Once, I left the phone at the office for three days and when I got back, it still had around 20% battery left. On Samsung phones I have tested, they normally run out of juice in less than two days on standby. The phone has a 55W wired and 50W wireless charging speed, which is about two-to-three times faster than what Apple or Samsung give you currently.

The phone's reverse wireless power share lets you charge other wireless charging capable devices by placing them on the back.

The matte backplate surprisingly attracts a lot of fingerprint smudges. I was expecting the matte texture to prevent most smudges like the Samsung S21 Ultra. But, no, I still need to have my microfibre cloth ready for it several times a day.

Xiaomi has come on in leaps and bounds in establishing their own shops in several department stores, but they are no Samsung or Apple that have plenty of their own stores and service centres, and opt to distribute this phone through COM7 stores (which owns many gadget stores like Banana and Studio7) instead. At least, if anything goes wrong with the phone during its lifespan, you can always find a place relatively easy and ask for help, unlike smaller brands like OnePlus that only have MBK Center.

If you want 95% of what current top phones have while paying 30% less, this is the phone for you.