Chinese search engine Baidu has agreed to invest $306 million in domestic travel website Qunar as it seeks to cash in on the booming tourism market in China. 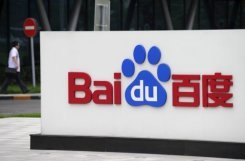 Baidu sign is seen here at its headquarter in Beijing. Chinese search engine has agreed to invest $306 million in domestic travel website Qunar as it seeks to cash in on the booming tourism market in China.

Baidu, which dominates the Chinese search market after Google retreated following a spat with Beijing over censorship and cyberattacks last year, will take a majority stake in the travel search engine, Baidu said late Friday.

"Travel has long been one of the top categories on Baidu, and the number of travellers in China has been growing very rapidly, so this is a market of obvious strategic importance to us," chief financial officer Jennifer Li said in a statement.

Chinese tourism has ballooned in recent years along with blistering economic growth as an increasingly wealthy middle class travels around the country and overseas for leisure.

The country's air travel market is growing fast with a total of 267 million air passenger trips in 2010, up 15.8 percent from the previous year, according to official figures.

Qunar will operate as an independent company, with both firms cooperating on certain areas of online travel search, the statement said.

"By working with Baidu, we can focus on enhancing our search technology and the quality of our products and services," said Zhuang Chenchao, co-founder and chief executive of Qunar.

China is the world's biggest online market, with 477 million Internet users, according to official data.

Baidu had a 75.8-percent share of the overall search market in the first quarter of 2011, dwarfing Google's dwindling 19.2 percent, according to figures from research firm Analysys International.

Big Tech Companies Brace for a Wave of Regulation