Thai firms lead region for clever use of social media

Thailand has taken the leading regional role in use of social media by companies for innovative product development thanks to the availability of fourth-generation (4G) high-speed wireless broadband service and the low cost of internet access.

The Thai population's high level of engagement with the internet is another key element boosting the use of social media, according to a report by Thoth Zocial, a Thai analytics firm.

Indonesia and Malaysia followed Thailand in second and third places.

"The number of messages posted on social media in Thailand has surged by 86% in the past two years, with 2.6 billion messages posted last year," said Pawoot Pongvitayapanu, the chief executive of E-frastructure Co, the holding company of Thoth Zocial. 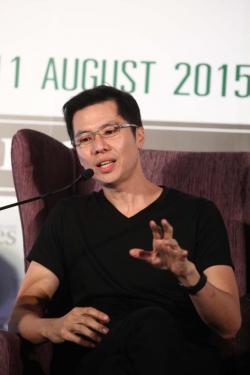 Thailand ranks eighth in the world in the number of Facebook users and third in Southeast Asia, Mr Pawoot said.

He said live-streaming apps that enable private broadcasts on social media are the most attractive offering to spur high engagement from social media users.

Video streaming is about to really take off.

Brands that can take the lead in embracing live broadcasts to communicate with their target customers will survive and thrive in their business, he said.

In contrast, those companies that fail to adopt the live-streaming trend could be forced out of the business within one year, Mr Kla said.

"Online ads are expected to account for 20-50% of the total ad spending budget," Mr Pawoot said.