Phra Wisutthi Sarathera or Luang Ta Chan, abbot of the Tiger Temple, sits to block a convoy of forest officials who were transporting seized Asiatic black bears from his temple in Kanchanaburi province in April last year. (Photo by Piyarach Chongcharoen)

The abbot of the Tiger Temple will hold a briefing on Thursday as 2,000 wild animals remain at his temple in Kanchanaburi province after all 137 tigers were relocated, according to the temple's legal team.

The lawyers of Wat Pa Luangta Maha Bua Yannasampanno in Sai Yok district of Kanchanaburi told reporters on Monday that the 61-year-old abbot Phra Wisutthi Sarathera, also known as Luang Ta Chan, would return to the temple for a news conference on Thursday to tell his side of the story.

The whereabouts of the abbot has been unknown since the eve of the official raid on his 22-year-old temple now suspected of illegal trade in wildlife and forest encroachment. Earlier, it was reported that he was ill after returning from Indonesia.

The Department of National Parks, Wildlife and Plant Conservation earlier filed complaints against the abbot for abusing tigers by putting them on display and shows to entertain tourists.

About 2,000 animals remain at the temple, which is now suffering food shortages. They include boars, horses, various kinds of deer, cattle, and a male lion which appeared depressed and did not eat. The management of the temple has yet to present documents to prove the legal ownership of the animals.

Once a tourist attraction of Kanchanaburi, the Tiger Temple became quiet and more like a Buddhist temple with 15 monks and a novice on Monday.

Local labour officials went to the temple in the morning to gather the profiles of 72 employees of Tiger Temple Co who lost their jobs as the Department of National Parks, Wildlife and Plant Conservation took the tigers. The company was set up by the temple so it could hire employees to take care of the big cats.

A team led by deputy national police chief Chalermkiat Srivorakan arrived in Kanchanaburi on Monday to plan future moves after police took over legal actions from the department in relation to the temple.

Fifteen years ago, wildlife authorities left at the temple seven seized tigers with their origin outside Thailand. Later, it fought to retrieve the tigers from the temple management after abuse reports. Their number grew fast from seven and officials suspected attempts to breed them.

The relocation of 137 tigers took place from May 30 to June 4. Officials also found 70 carcasses of tiger cubs, and seized many other protected animals and their carcasses, about 1,000 items of talismans made from tiger parts, and processed wood. 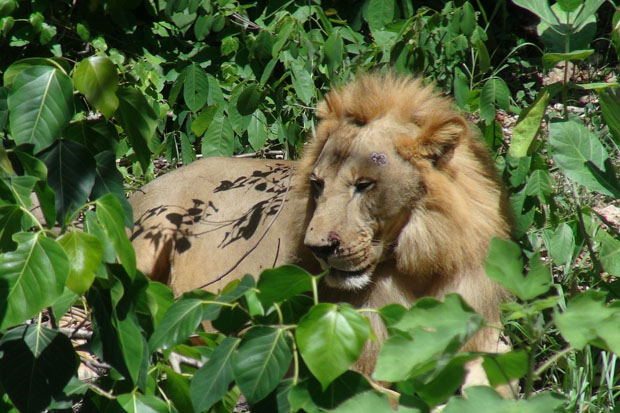 The lonely lion at the Tiger Temple (photo by Piyarach Chongcharoen) 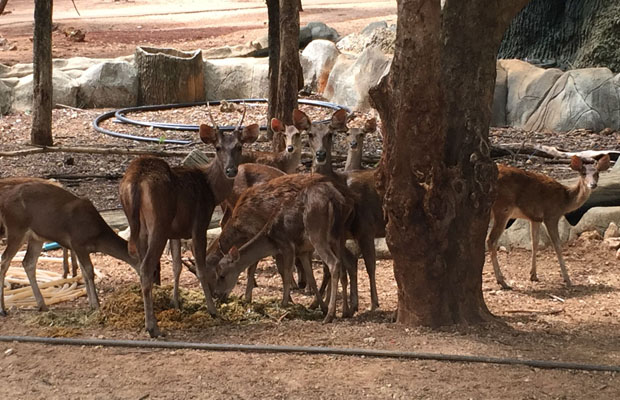 The deer at the Tiger Temple (photo by Piyarach Chongcharoen)