Gen Trairong Intarathat, alias Seh Ice, a former adviser to former prime minister Thaksin Shinawatra, died about 7am on Wednesday from a blood infection at Phra Mongkutklao Hospital. He was 66.

He was admitted to the hospital for treatment on April 4.

A bathing rite will be held on Friday, June 10, at Pavilion 10 of Wat Sommanas Viharn on Nakhon Sawan road in Pomprap Satruphai district. 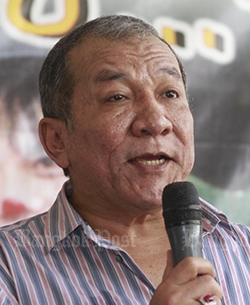 Gen Trairong was born on Sept 1, 1949, the fourth of the four sons of Maj Phone Intarathat, a former director of the Thailand Tobacco Monopoly, and ML Kanyaka Suthat.

He was a Class 10 student of the Armed Forces Academy Preparatory School and Class 21 cadet of the Chulachomklao Royal Military Academy in the cavalry division.

He held several important positions in military service, including specialist attached to the Supreme Command, chief of the Office of the Permanent Secretary for Defence, an army specialist, and chief of staff officers for the defence minister (Gen Thammarak Issarangura Na Ayutthaya).

Gen Trairong was a military officer who played a major role in politics, particularly when Thaksin was prime minister.  He was then a prime minister's adviser for security affairs and mass relations.

He was a recipient of a national outstanding father award in 2009.