With flooded areas ahead, traffic in some areas of Bangkok was jammed for several kilometres. (Photo via Twitter/@js100radio)

Persistent overnight rain and poor sewer maintenance combined to "affect" 30 roads, many of which were impassable, said the Bangkok Metropolitan Administration (BMA).

A Bangkok Post staffer caught in the rain-soaked traffic jams said the floods tripled her normal 45-minute morning commute to the office.

The worst flooding was in the city's low-lying Lat Phrao area. At least four schools cancelled all classes for Tuesday.

Lat Phrao Road itself was still submerged, with traffic barely moving, at 7.40am. A section of Ratchadaphisek Road was flooded immediately above the MRT - although the subway continued services without interruption.

A widespread storm dumped rain on Bangkok all night. The Meteorological Department forecast daily rain and thunderstorms for the rest of the week.

After the rain eased up Tuesday morning, Bangkok Governor MR Sukhumbhand Paribatra was on the street studying maps of the flooded areas. (Photo via FB/Sukhumghand.P) 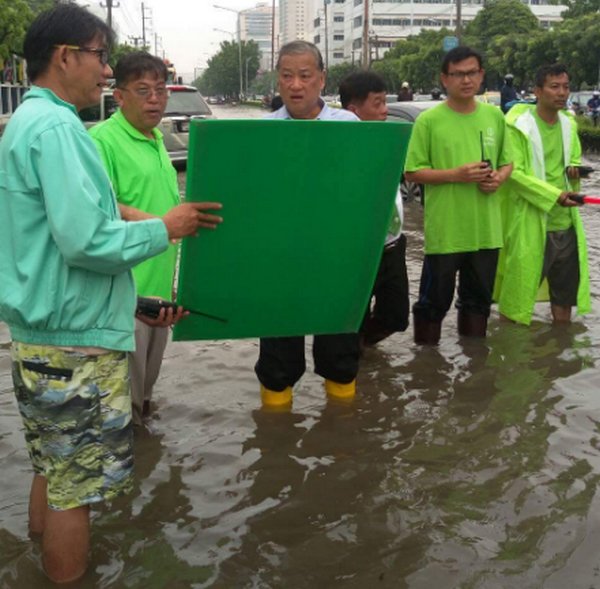 The governor gave an overview his Facebook page (Sukhumbhand.P), most of which had been previously published by other agencies. He refuses to use the word "flood", insisting it is "water waiting to be drained".

Facebook users piled criticism on the governor's page, complaining that many areas flooded on Tuesday were not normally inundated. There were many complaints alleging that City Hall had not properly cleaned the city's drainage and sewer lines.

Another view of the floods. 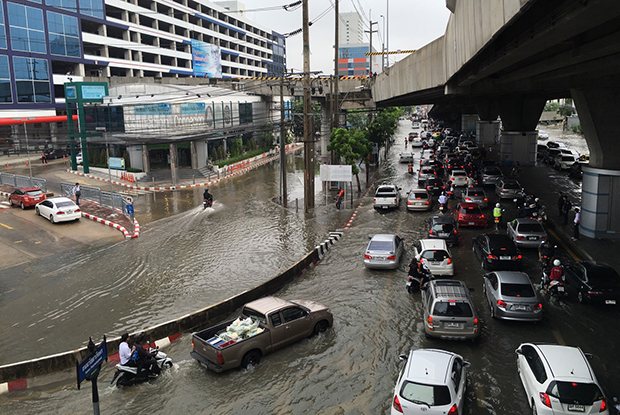 An image taken from Ratchada - Lat Phrao intersection where the MRT's Lat Phrao station is located, at 8.10am. (Photo by Jiraporn Leelasiriworanon) 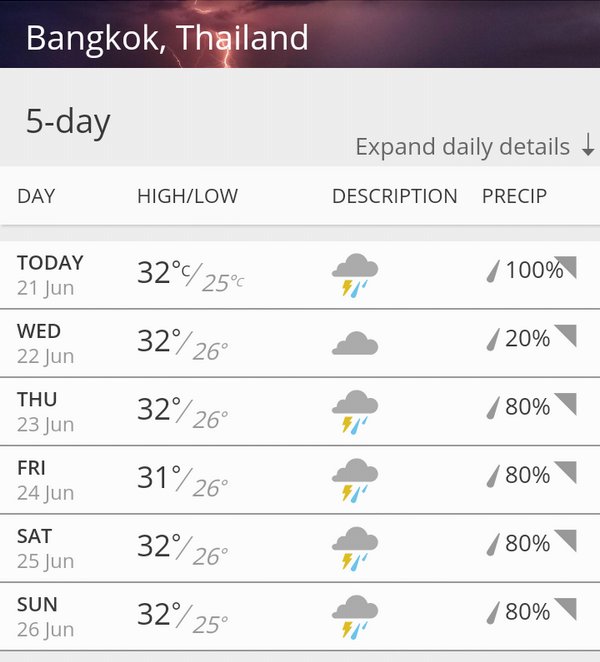 Foreign visitors to Thailand are expected at about 280,000 this year, down from half a million projected earlier, a private tourism group said on Tuesday, as the country suffers a prolonged coronavirus outbreak.

Unlocking the potential and development opportunities of pharmaceutical products in Thailand