SAMUT PRAKAN -- Some factories in the Bang Poo Industrial Estate were closed on Wednesday after flooding inside the grounds persisted after heavy overnight rainfall.

Prateep Engchuan, director of the estate, said roads inside the vast area were generally 10 - 15 centimetres underwater but still passable by vehicles.

But the water level was 30-40cm at some spots, forcing some factories to closed for the day because employees could not get to their workplaces.

Mr Prateep said the military had been asked to send trucks to help transport workers around inside the estate.

Pumps were being used to drain water out of the estate into nearby canals and the sea, he added. 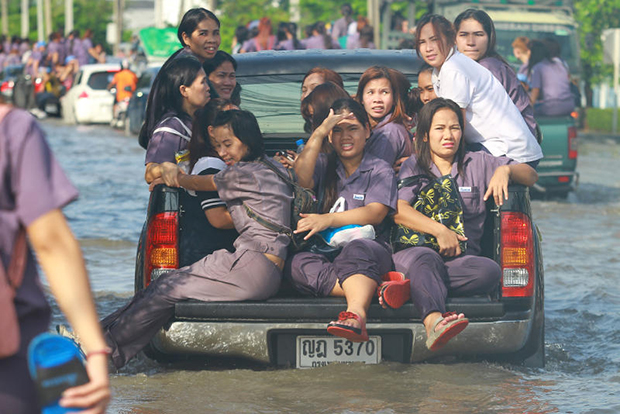