The Electricity Generating Authority of Thailand has confirmed it will complete six new coal-fired power plants by 2025 and boost its share of the power supply market to 50% from 37%.

New Egat governor Kornrasit Pakchotanon told the press on Thursday that the agency's market share had slipped because of increased supplies from private power companies and small power producers, which have been active over the past six years.

Egat needed to be the market leader and a 50% market share could help support power security because power purchase contracts with the private sector could not change, he said. 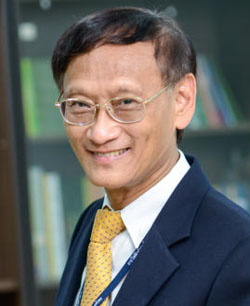 The six new coal-fired plants are expected to have a combined capacity of 4,390 megawatts. They include two plants in the southern provinces of Krabi and Songkhla which are expected to start operation by 2020-2022 amid opposition from local residents who have environmental concerns.

At present, coal-fired power plants account for 20% of Egat's electricity generation. The six new facilities will increase the proportion to 30-35%.

Egat has also revised its renewable energy plan to raise the total power-generating capacity from renewable sources to 1,500-2,000MW within 2036, up from 560MW in the previous plan.