Stimulus having little effect in Northeast

The government has showered the Northeast with economic stimulus and investment promotion but it has so far had little effect, according to the Bank of Thailand (BoT).

Somchai Lertlarpwasin, director of BoT's Northeastern Region Office, said on Friday that increased government investment and stimulus measures reached the region in May and June this year but consumer  confidence, though improving, remained low and investment in the private sector continued to contract. 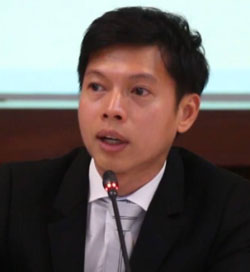 Stimulation included a 5-million-baht economic stimulation fund for each tambon, and about 2 billion baht of the money had already been disbursed throughout the region.

In addition, the Board of Investment's budget to promote investment in the agricultural and light industry sectors in the region soared to nine-fold its normal level, Mr Somchai said.

Some operators continued to invest in small and medium-sized factories, including 1.2 billion baht in export-oriented garment production in Roi Et province.

Inflation in the Northeast in May and June ran at 0.77%, and unemployment rose, but remained low. Bank deposits were not high and mostly came from government officials. Household debt was high and commercial banks were more careful in their lending, he said.

The Northeast is the biggest region of Thailand, covering one-third of the country.

YANGON: Myanmar has already put in place measures to protect Rohingya Muslims, a spokesman for the ruling party said on Friday, shrugging off an order from the International Court of Justice to stop “genocidal” acts against the ethnic minority.