The entrance to the Tiger Temple in Sai Yok district, Kanchanaburi, is on part of the 931-rai of land the Agricultural Land Reform Office will seize on Friday. (Photo by Piyarach Chongcharoen)

KANCHANABURI - Agricultural reform officials will start reclaiming illegally occupied land in the province on Friday, starting with 931 rai that is a big part of the notorious Tiger Temple.

Structures on the 931 rai  include the tiger-shaped office of the abbot, a 400-million-baht pagoda still under construction, a 200-room dormitory for the temple's zoo workers, and the tiger head entrance arch.

The move follows an order issued by Prime Minister Prayut Chan-o-cha under Section 44 of the interim constitution, as chief of the National Council for Peace and Order, on Tuesday that the Agricultural Land Reform Office (Alro) act swiftly to reclaim agricultural reform land from illegal occupants.

The other part of the temple, 391 rai at the same location, is also being examined. Alro earlier permitted the use of the land for religious purposes, but the temple management developed its famed zoo there.

Wildlife conservation authorities suspect wildlife trafficking at the temple after the recent disappearance of three tigers from the temple, and the discovery of tiger skins, frozen cub carcasses, bottled embryos, bones and tiger products there after they raided it five weeks ago.

Mr Wacharin said the reclamation of land in Kanchanaburi would initially involve 14 blocks in all, totalling 15,000 rai, in four of the province's 13 districts -- Dan Makhamtei, Lao Khwan, Phanom Thuan and Sai Yok. Illegal land occupancy was a serious problem in Dan Makhamtei district, he said.

Many official documents were issued for illegal land occupancy in Sai Yok district after a fire at the Sai Yok district office in February 1991, he said. His office would investigate their issuance, and he believed that more land would later be taken back. 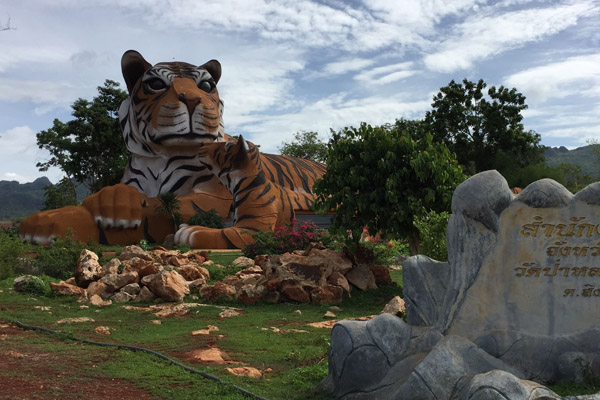 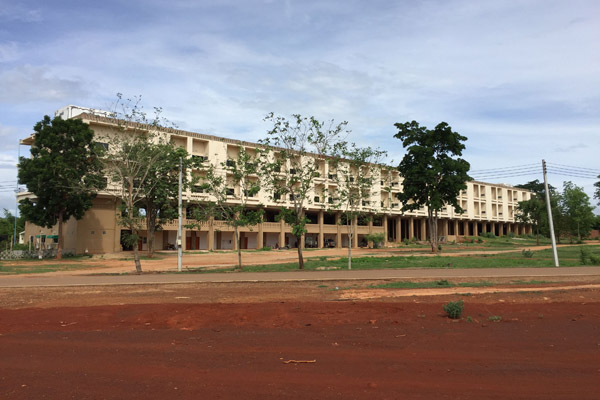 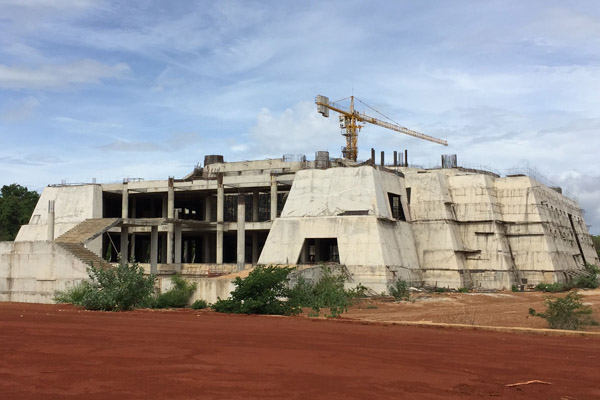 The large B400 million pagoda under construction (photo by Piyarach Chongcharoen)