Today's ruling by the Permanent Court of Arbitration (PCA) at The Hague over the South China Sea dispute between China and the Philippines is a test of unity of members of the Association of Southeast Asian Nations, which needs political cohesion amid rising maritime tensions with its top trading partner, Beijing, analysts say.

The world's oldest international tribunal, analysts say, is expected to rule in favour of Manila, which in 2013 filed 15 submissions, accusing Beijing of violating international law by interfering with fishing, endangering ships and failing to protect the marine environment at the reef, called Scarborough Shoal, as well as dredging sand to build artificial islands out of reefs in the sea.

It also asked the tribunal to reject China's claim to sovereignty over waters within the so-called "nine-dash line" that appears on official Chinese maps. Covering the sea, the line overlaps with Exclusive Economic Zone claims of Brunei, Indonesia, Malaysia, the Philippines, Taiwan and Vietnam. 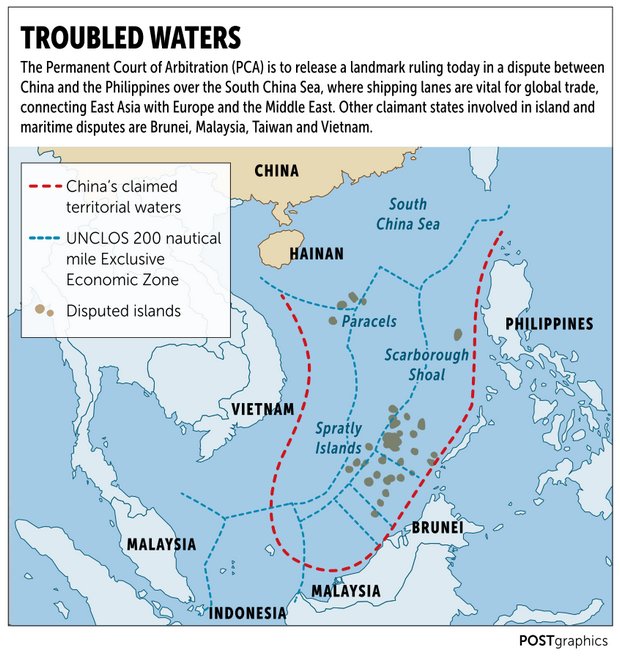 China has openly blamed the United States for stirring up trouble in the sea as Washington has been exerting diplomatic pressure in the West and Asia for Beijing to abide by the ruling.

But since Day 1, China has refused to join in the proceedings of the tribunal, arguing that the PCA has no jurisdiction to rule on the dispute with Manila.

"We all know what China has said. But the ruling will impact both China and the Philippines. It's important to remember that the case will be binding on both countries," a US official told reporters in Bangkok last month.

"Partly, the reason that what Asean says is important, is that it will reflect whether the region has an expectation of compliance. And the region and the world have an expectation that the rules of international law are important and should be followed," said the official.

"Manila would do well for Asean-China relations by backing off even with a favourable decision. Beijing deserves to be given some legal and diplomatic space whereby Singapore as country coordinator can play a mediating role," he said.

Asean members have been split on how to deal with maritime disputes with China.

Cambodia disagrees with the idea of Asean declaration supporting the tribunal's decision, but Vietnam promises "full compliance" with the convention.

Singapore's Foreign Minister Vivian Balakrishnan said last month "we cannot subscribe to the principle that might is right" while Indonesian President Joko Widodo held a cabinet meeting on a warship off the Natuna Islands last month after the Indonesian navy detained a Chinese fishing boat and fishermen.

For military-ruled Thailand, its ties with China have been strengthened by limited Western sanctions after the 2014 coup.

"Though we aren't a claimant nation, Thailand can't act as a mediator; we have lost our diplomatic clout after two coups," said Mr Somkiat.

Mr Thitinan said the ruling will give China and Asean a chance to mend their rifts by working together with common rules. "It is not worth it for China's longer-term ambition to be a bona fide global superpower to engage in an island spat with a smaller neighbour and then to ignore an international ruling on the spat. It would be a kind of conduct unbecoming of a respectable global superpower," he said. 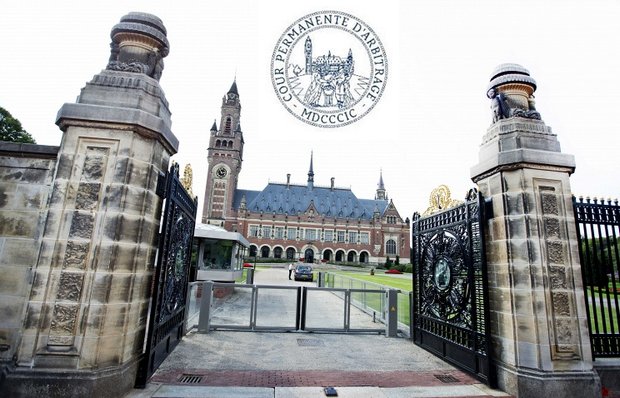 The Permanent Court of Arbitration is to rule Tuesday evening on a lawsuit brought by the Philippines against China. (Photo via court's website)