The niece of an army conscript beaten to death during military training in 2011 is encouraging her younger brother to join the army.

Naritsarawan Kaewnopparat, who was arrested last week for defaming military officers allegedly involved in her uncle's death, said her younger brother wanted to be conscripted and recently asked for her approval.

"I told my brother to go ahead even though most people would know that he is my brother because we have the same last name," she said. 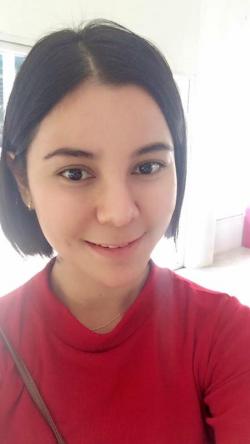 Asked if she was afraid that her brother would be mistreated, she said: "I am proud of the army. I encourage my brother to join the army."

Ms Naritsarawan has been vocal in. She is on bail and preparing her defence and is confident she will win.

"I am ready to provide my cooperation to fight the case," she said.

She was charged after an army officer claimed she had disseminated false information on the internet since her uncle's death with the intent of causing damage to others. She has been charged under the Computer Crime Act.

"I don't know exactly which piece of information the plaintiff has claimed [is defamatory]. But I am preparing the evidence. I never withdrew any message that I posted," Ms Naritsarawan said.

She suspected the plaintiff might be pursuing the case because he believed she mentioned his name online. "I have never mentioned anyone's name in my posts," she said.

She is now working with a team of lawyers and human rights groups to fight the charge. "I have to study the details of the Computer Crime Act. I never altered or modified any picture. I posted factual information," she said.

Ms Naritsarawan said she will file a counter suit if she wins the case.

She is the niece of Wichian Puaksom, who died in Narathiwat Ratchanakarin army camp in Narathiwat province after being beaten by 10 officers.

The case would have disappeared if Ms Naritsarawan, then a second-year university student, had not publicised the incident via social media and the Pantip chatroom. Wichian's case subsequently gained media attention, leading to investigations into the case.

The army two years ago agreed to pay compensation of around seven million baht to Wichian's family.

The Public Sector Anti-Corruption Commission is also investigating the case. According to Ms Naritsarawan, the PACC ruled earlier that the allegation against the 10 officers had grounds, pursuant to Criminal Code Section 157 and Section 83 and the Military Criminal Code Article 30 Paragraph 2.

However, while nine officers were suspended from duty pending investigations, the plaintiff, who was their chief, has not been suspended.

"I want to seek justice by asking why the boss of the nine officers is still being promoted in spite of the PACC's ruling," Ms Naritsarawan said.

She said the army's compensation does not mean justice has been served.

"It is public money. The army has to ask the wrongdoers to pay," she said. Ms Naritsarawan said she still believed in the army and had volunteered to be an army cadet at high school.

"That's why I am seeking justice for the army. There are many good army officers. I don't consider the person who killed my uncle as a member of the army," she said.

Ms Naritsarawan works for the Ministry of Social Development and Human Security, which is aware of her case. "They are supportive. My boss said everything has to go by law and order," she said.