SAMUT PRAKAN - One man was seriously injured and 30 vehicles were damaged after 30 power poles were toppled by a storm in Bang Phli district on Monday.

The storm brought down the 12-metre-tall concrete poles along a 2km section of Soi Thanasit in Bang Pla sub-district at 3.30pm.

The poles fell on 30 passing vehicles and two motorcycles. One of them hit a 37-year-old motorcyclist, Arthit Muanthep, who was seriously injured.

Authorities cut electricity in the area where three large housing estates are locatedfor safety reasons. Residents have been directed to use other roads and advised to stay overnight at their relatives’ homes.

Pol Col Sophon Mongkolsoponrat, chief of Bang Phli police station, said the Samut Prakan Provincial Electricity Authority (PEA) and rescue workers are now working to clear the poles and damaged vehicles, which they expect will take more than 12 hours. After that, they will erect temporary electricity poles to restore power for the local communities. 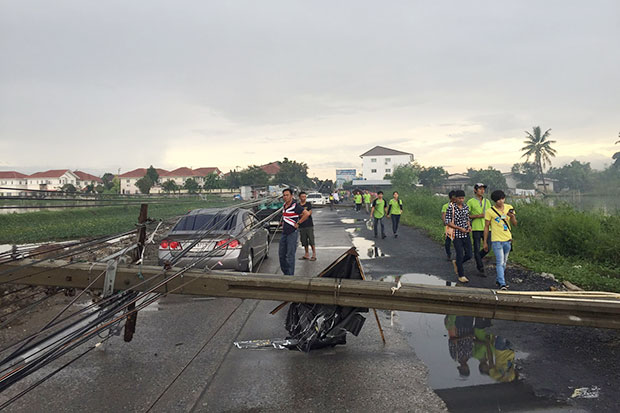 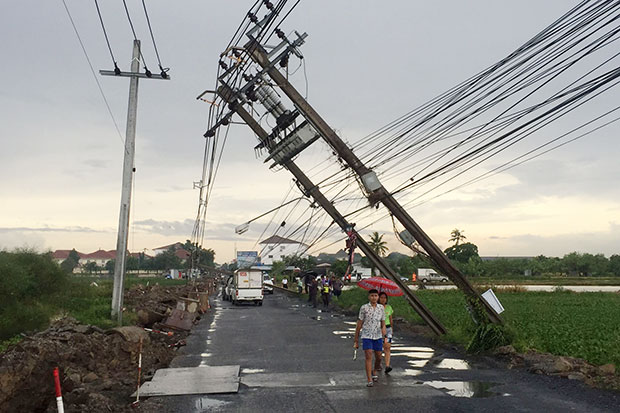 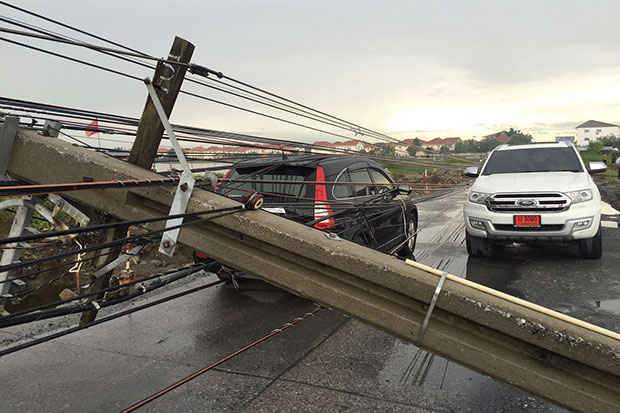