Security officers inspect a pickup truck thought to have been damaged by one of the three bomb-like devices found in Muang and Ban Pho districts in eastern province of Chachoengsao on Thursday. (Photo by Sontanaporn Inchan)

CHACHOENGSAO — A small bomb has exploded underneath a pickup at an engineering workshop in Muang district and two other devices were found, one at the same workshop and the second at a Burger King in the adjacent district of Ban Pho. No injuries were reported.

Police are still trying to determine the motives for the devices and whether they were connected. They have not made any reference to last week’s arson and bombing incidents in seven provinces.

The first two devices were hidden under two pickup trucks in a parking area of Anuchart Engineering Limited Partnership on Chachoengsao-Bang Pakong Road in Na Muang subdistrict at 11.30am.

One was placed under an Isuzu pickup and appeared to have partially detonated, causing only minor damage.

The police explosive ordnance disposal (EOD) unit found damage underneath the pickup and the running board had come off.

A pipe-like device was recovered from under a Nissan pickup truck, owned by a local livestock development agency, which had been left for repairs. EDO officials moved the device to a safe open area and destroyed it with a half pound of TNT.

At 1pm, police were called to inspect a suspicious device left inside a Burger King outlet which is part of a Shell petrol station in Ban Pho district, about 10km from the garage.

The device contained a mobile phone charger and a Samsung mobile phone connected by electrical wires and held together with tape. It had two phone batteries but no explosives, police said after defusing it.

Pol Maj Gen Teerapol said more time would be needed before police draw any conclusions on the two incidents. 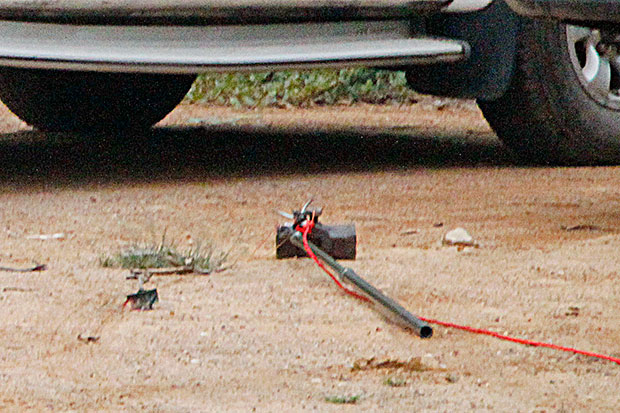 Police bomb exposal officers try to relocate a suspicious explosive device from under a pickup truck at a garage in Muang district. (Photo by Sontanaporn Inchan) The third suspicious device recovered from a Burger King outlet about 10km from the garage where the first two devices were reported. (Photo by Sontanaporn Inchan) 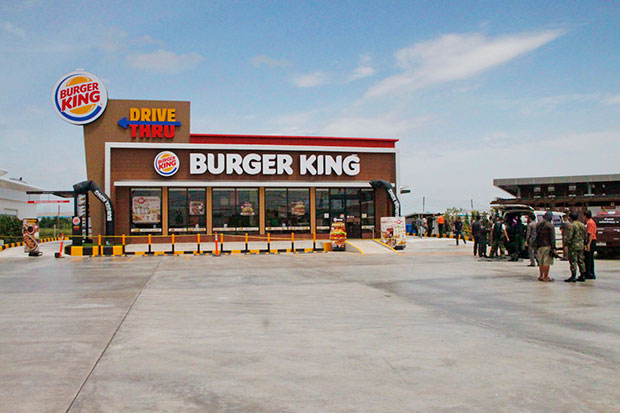 The American fast-food outlet inside a petrol station is sealed off as authorities clear the suspicious device. (Photo by Sontanaporn Inchan) 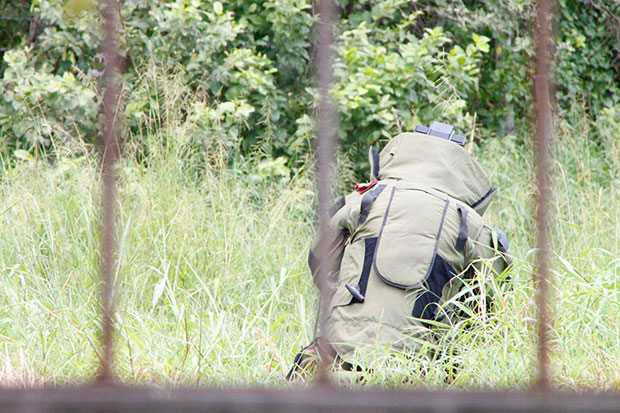 A heavily protected bomb disposal officers moves a suspicious item found at a garage to open ground for a controlled explosion. (Photo by Sontanaporn Inchan)