NAKHON RATCHASIMA -- The renovation of an 800-year-old Khmer temple in Khon Buri district of this northeastern province has been completed and is expected to become a new tourist attraction.

Somchart Dejdon, mayor of Khon Buri Municipality, on Sunday morning inspected the site of the Khon Buri temple ruin, which is situated in tambon Khon Buri Tai, after the renovation of the ruin has been completed.

The renovation began in November 2015 with a budget of 8.1 million baht allocated by the Fine Arts Department.

During the renovation, the department's craftsmen first moved out parts of the ruin made of sandstone and laterite. The parts were later reassembled to produce the strong structure of the Hindu temple.

Mr Somchart said local people regard the Khon Buri temple ruin as a symbol of Khon Buri district. He believed the temple will become a new tourist attraction. The municipality and local people had prepared facilities for tourists to visit it. 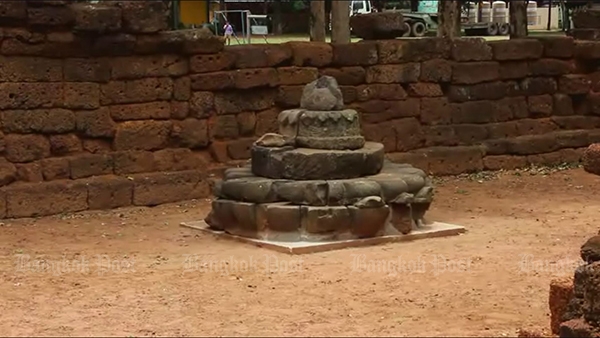 The Khmer temple is located inside the perimetre of Ban Khon Buri Nakhon Thammakosit School. It was built between BE 1753 and 1724 during the reign of King Jayavarman VII, one of the most forceful and productive kings of the Khmer empire. It was believed to be an ancient medical centre for pilgrims during that time.

According to Mr Somchart, during the renovation a number of artefacts were discovered. The artefacts have been moved to the 12th Fine Arts office in Nakhon Ratchasima.

The fate of the US economy depends on the course of the pandemic and the Covid-19 vaccine rollout, but the outlook is nonetheless "highly uncertain," the Federal Reserve chair said.

Refresh yourself with Chia Tai’s ‘Farm From Home Set’