Security stepped up on Bersatu anniversary

NARATHIWAT - Security measures have been stepped up for the upcoming founding anniversary of Bersatu, a Muslim separatist movement, on Aug 31, reports said.

Under an order issued by provincial governor Sithichai Sakda, emphasis is being placed on checking vehicles entering encomic zones in the provincial town for bombs and explosives.

The order was issued in the wake of two bomb explosions, one of them a car bomb, in front of Southern View Hotel in Muang district of Pattani on the night of Aug 23.

There were also reports that militants would stage violent incidents in the three southern border provinces during period from late August to Sept 1, particularly Aug 31, the founding anniversary of Bersatu.

Security checkpoints had been set up on main and secondary roads leading to economic zones. 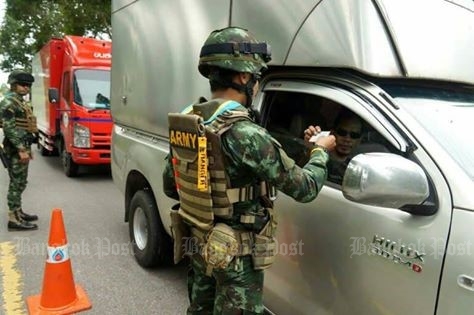