TAK - A beautiful heart-shaped waterfall in Umphang district is rapidly becoming a popular visitor attraction, with local authorities set to develop this part of "unseen Thailand" as an eco-tourism attraction. 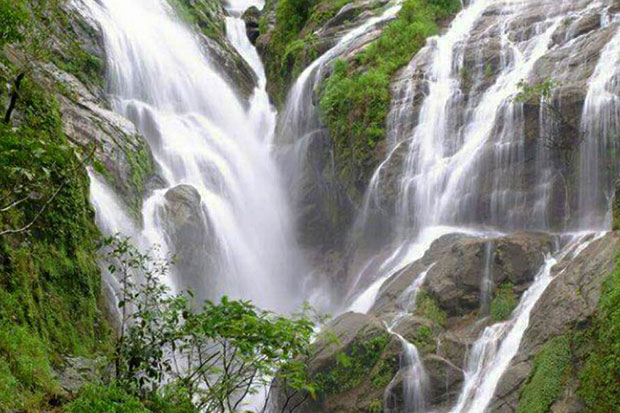 Pae Tor Lor Su, or Pitukor waterfall, deep in a forest in Umphang district has become popular with tourists drawn to its natural beauty and district authorities plan to develop it as a new eco-tourism site. (Photos by Aassawin Pinitwong)

Karen villagers of the Pakayo tribe at Kuilertor village in tambon Mae Chan only recently revealed the waterfall, which is  deep in a forest area in Umphang district. Its many cascades create a heart shape. The Karen named it Pae Tor Lor Su, or Pitukor for short.

As news of this waterfall spread, people from other areas flocked to see it and the abundant flora and fauna around it.

Umphang Wildlife Sanctuary has closed the main road leading to the famous Thi Lo Su waterfall for the rainy season, preventing vehicles from entering the site. So, many nature lovers have instead shifted their attention to the new waterfall, which is about 80 kilometres from downtown Umphang. It takes about two hours to get there, but vehicles are allowed.

Pratheep Phortiam, chief of Umphang district, said on Tuesday that Pae Tor Lor Su waterfall had already become a magnet for tourists due to its natural beauty. People had also dubbed it the "waterfall of love", because of its heart-like shape.

As the number of visitors is increasing every day, district authorities and other agencies would jointly develop it as a new eco-tourism attraction in the district, said Mr Pratheep. 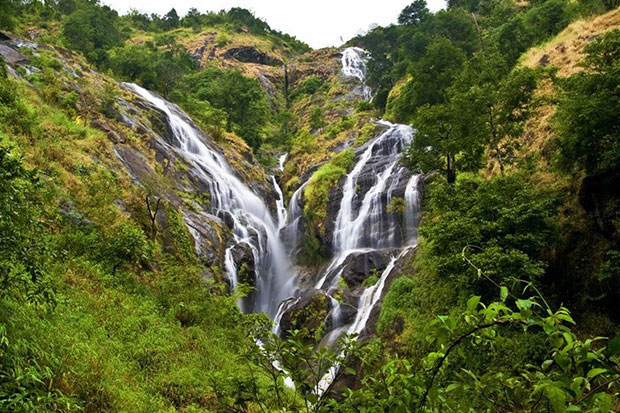 Majority worried by removal of marijuana from narcotics list: Poll

A majority of people say they are worried about negative impacts which may follow the removal of marijuana from the narcotics list, according to a survey by the Suan Dusit Rajabhat University, or Suan Dusit Poll.

Paetongtarn "Ung Ing" Shinawatra, the youngest daughter of former prime minister Thaksin Shinawatra, has emerged to be on top of other potential rivals for the post of prime minister in a popularity rating of political figures by the National Institute of Development Administration, or Nida Poll.

GENEVA: The World Health Organization's chief said Saturday that the monkeypox outbreak was a deeply concerning evolving threat but did not currently amount to a global public health emergency.

Calling on the red shirts