Tun Tun Win and his co-workers from Myanmar thought life was fine at the Thammakaset chicken farm in central Thailand, where they reared hundreds of thousands of birds for export to the European Union.

The migrants clocked 20 hours a day for 40 days straight, shovelling litter and culling the sick among the birds as they grew from chicks to poultry for slaughter.

Then 10-hour days for three weeks cleaning the warehouse-sized coops at the Thammakaset chicken farm in Lopburi province.

And finally, they got three days off.

All that work for what they figured was a fair wage: nearly $7 (244 baht) a day, with free rent and electricity.

"We thought our employer was a nice guy because he gave us rooms, and we didn't have to pay rent," Tun Tun Win said. "We stayed for free, and we got our money."

More than 3 million migrants work in Thailand, the vast majority from neighbouring Myanmar, according to the International Organization for Migration.

Many are exploited on farms and in factories across the country, facing an uphill battle for compensation and justice against multi-tiered corporate supply chains, rights groups say.

That's if they even know they're being exploited in the first place.

It was a smartphone and a Facebook post that opened Tun Tun Win's eyes to the severity of his work conditions -- and led to a landmark lawsuit pitting migrant workers against a corporation at the top of the food chain.

The case highlights widespread ignorance among both workers and employers about labour rights, and workplace norms seen as violations in the closely scrutinised global supply chain. 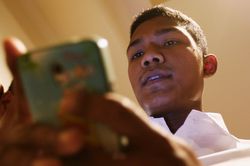 It all began last year after Tun Tun Win bought a new phone, and a "chicken doctor", one of the farm's veterinarians, introduced him to social media.

Lying in bed next to his wife one night, he saw a post about tuna plant workers from Myanmar who had been overworked and underpaid. They had received more than $1 million in an unprecedented settlement in March.

In a lawsuit filed at a labour court earlier this month following unsuccessful negotiations with the company and local authorities, they are demanding $1.3 million in compensation and civil damages.

Crucially, the action is against both Thammakaset and the buyer of the farm's poultry -- agricultural giant Betagro, which exports food worldwide.

Andy Hall, a prominent British human rights activist in Thailand who has consulted on several cases involving migrants, said the litigation was an important test case.

"We're trying to hold Betagro responsible for the system of contract farming," he said. "If we can, it will have huge implications for contract farming and the responsibility of corporate supply chains across Thailand."

Part of the workers' evidence includes pictures snapped on Tun Tun Win's phone and shared on Facebook, including time-stamped cards -- one showing a worker clocking in on May 24 at 6.54am, out at 5pm, in again at 7.02pm, then out at 5.37am.

In an interview, Thammakaset owner Chanchai Pheamphon said he had not fully understood the requirements under Thai law and agreed he had underpaid staff, as well as illegally deducting rent and utilities from their daily wages.

But he denied charges of forced labour or limiting employees' freedom of movement, and said he planned to file a counter defamation suit against the workers and MWRN.

"I'm now facing bankruptcy," he told Thomson Reuters Foundation, adding that a decision by Betagro to halt business with Thammakaset amid the controversy had forced him to shut his 1.6 million-chicken, three-farm operation and lay off nearly 100 employees.

"This NGO (MWRN) wants more money for these 14 workers, but what about the 100 others?" he said. "The world has already found me guilty, and they have stopped buying my goods. They've already sentenced me to death."

"There were no violations of human rights or anything resembling forced labour, as defined by the law on prevention and suppression of human trafficking," it said in a statement.

Other than the statement, Betagro did not respond to email and phone requests for an interview.

Supply chains for goods such as food, clothing and electronics usually begin in countries with the cheapest labour.

Thailand has been at the centre of scores of reports of slavery and human trafficking, with migrants from Myanmar suffering the worst exploitation.

In the face of mounting scrutiny of supply chains, Thailand has strengthened laws to crack down on labour exploitation, while other countries have passed legislation to address abuses abroad.

In February, US President Barack Obama signed the Trade Facilitation and Trade Enforcement Act, banning imports of goods made with forced labour into the United States. 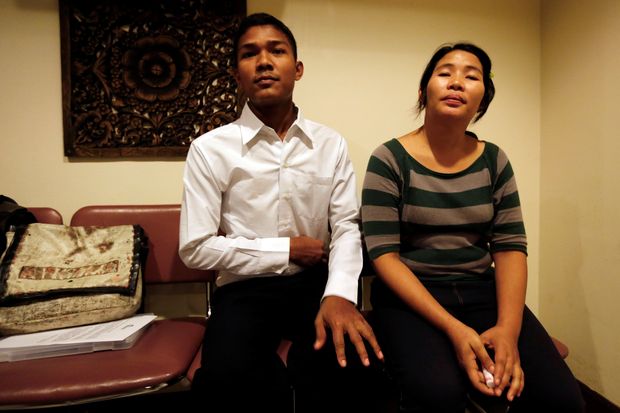 Myanmar migrant worker Tun Tun Win, 24, and his wife Ye Ye, 30, pose before an interview with the Thomson Reuters Foundation in Bangkok, on Sept 2016. (Reuters photo)

Yet at the lowest rungs of supply chains, rights groups say many businesses such as Thammakaset fall short of global standards -- even if owners like Mr Chanchai defend working practices.

He said staff voluntarily worked nights to rack up bonuses.

"We paid them to work during the day, but we didn't forbid them from working at night," he said, adding that they chose to sleep in hammocks in the room next to the chicken warehouse.

"They play on the Wi-Fi, then go and look at their chickens. They don't have to work, but they just might think that if they raise the chickens well, they will get more money."

Flipping through a bound file of documents, Mr Chanchai showed photos of the workers drinking at a restaurant and swimming, and of the low fence around his farm that he said proved they were free to come and go as they pleased.

He said he deducted $2 (70 baht) from their 300-baht legal minimum daily wage for rent, drinking water and electricity, and made cuts such as a 14-cent (five-baht) fine for not picking up dead chickens.

With the fines collected, he would buy a gold necklace for a raffle at the workers' year-end party, he said.

Mr Hall, the rights activist, said the workers were told if they did not work overnight, they would face salary deductions -- a charge Mr Chanchai denies.

Commenting on the 14-cent deduction for not picking up dead chickens, Mr Hall said: "That is illegal. Any deduction from the salary is illegal. He has acknowledged that he has unlawfully deducted money from them."

Mr Hall added that it was common for employers and officials to rationalise violations, revealing a mindset in which only the most extreme conditions or acts -- such as putting workers in chains -- constituted crimes.