Fabian Frederick Blandford, 64, (right) a British national, is interrogated by DSI officers during a search of his home in Fang district of Chiang Mai on Jan 6. (Photo by Cheewin Sattha)

CHIANG MAI – A 64-year-old British expatriate and former Buddhist monk has been sentenced to a combined suspended prison term of four years and two months, and fined 83,000 baht in two cases involving child pornography, sexual abuse and holding children against their will.

The Fang Provincial Court on Monday found Fabian Frederick Blandford guilty of committing lewd acts on minors under age 15 in the first case. It sentenced him to three months in jail, suspended for two years, and fined him 3,000 baht.

On a second charge, Blandford was convicted of violating Section 6 (2) of the Anti-Human Trafficking Act 2008 which deals with buying, selling, detaining or harbouring a child for exploitation purpose.

The court handed down a sentence of four years in prison, suspended  for three years, and a fine of 80,000 baht.

The court ordered Blandford to report to  probation officers every four month and to complete 48 hours of community work.

Officers from the Department of Special Investigation and other agencies arrested Blandford in January after officers found "many" indecent images of children apparently taken by him at his home in Fang district and stored on his computers.

Glandford was arrested after a tip by US Homeland Security investigators to the DSI last November. Agents from the US National Centre for Missing and Exploited Children found pornographic images of children sent from an IP address used by Blandford.

According to the DSI, Blandford, who speaks Thai, ordained as a monk in Chiang Mai years ago, and then left the monkhood to marry a Thai woman. The couple has one child. Blandford taught English to children in Fang, allowing him direct access to minors.

In 2013, Blandford issued a YouTube video featuring a rambling talk on dhamma. 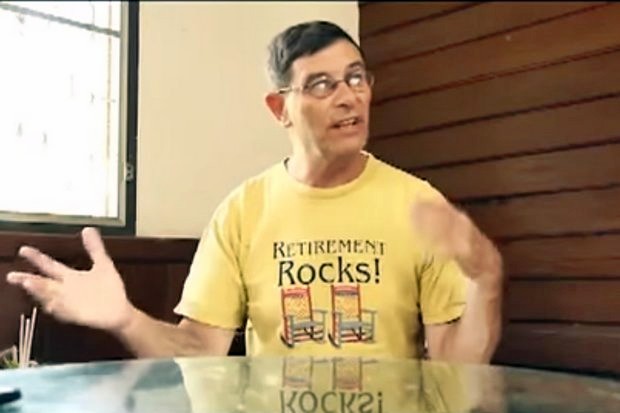