Police found the dismembered body of a foreign man in a freezer on Friday during a raid to nail an alleged forgery and drug trafficking gang.

A policeman was shot during the search of a building in Sukhumvit Soi 56 for evidence before officers made the grisly discovery.

Six body parts, including a severed head, were found stashed in black plastic bags inside a locked two-metre-high freezer on the ground floor of the five-storey, six-unit building in Phra Khanong district yesterday afternoon. Police were sickened when they opened the bags as they combed the premises for evidence.

Before discovering the body, police detained a British national, two Americans and two Myanmar nationals in the raid during which Pol Sgt Maj Kanchanapong Chedej was wounded in a shoot-out. 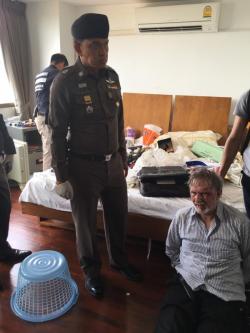 A suspect believed to be the gunman who shot and injured a police officer is detained.

The detainees were not yet identified and immigration authorities were working to confirm their identities.

A nine-man police team comprising uniformed and plainclothes officers arrived at the premise with a search warrant. They received a tip-off that the building was used by a drug trafficking and passport forgery ring.

One of the suspects told police the passports were kept in a safe. Once he opened the safe the suspect reached for a gun inside and fired at Pol Sgt Maj Kanchanapong Chedej three times.

Pol Sgt Maj Kanchanapong, who is attached to the Tourism Police, was not seriously injured.

Three guns were confiscated -- two semi-automatic and one revolver. Amounts of marijuana, ya ice and passports were also seized.

While the police were searching the premises for evidence, they discovered the dismembered body in the freezer.

The frozen body was initially identified as a foreign man with brown hair. The body was cut up into six parts with the clothes and the shoes still on.

The city police chief said the two detained Myanmar nationals are husband and wife who were hired as housekeepers. They were not suspects, he said.

He said police questioned the couple and learned the suspects had stayed there for about three months. They paid the couple to clean the building two or three times a week.

Pol Lt Gen Sanit said the Myanmar couple saw the freezer on their first day but they never looked inside because it was always locked.

The city police chief said police found no explosives or war weapons at the premises and urged the public to stay calm while officials investigated.

He said US authorities were interested in the case and would join the investigation. 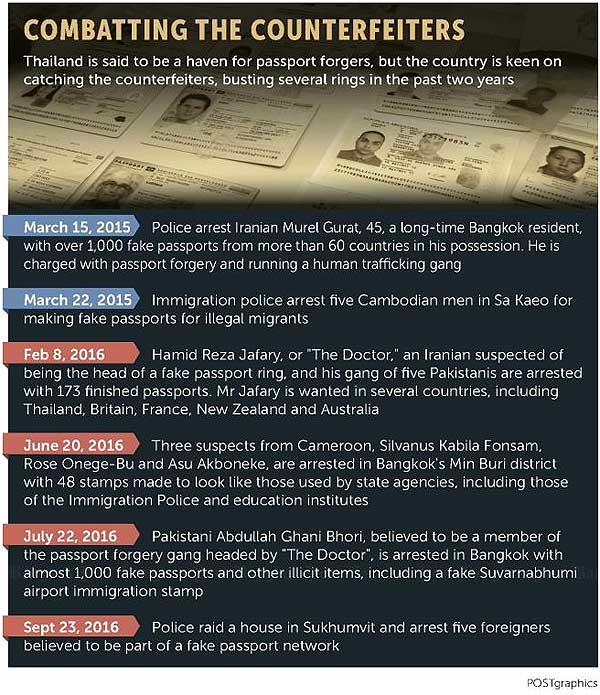 HONG KONG: Two police officers were beaten bloody by pro-democracy protesters in Hong Kong Sunday as violence erupted at a rally calling for greater democratic freedoms in the heart of the city.

A fire broke out at the Fortune Town building on Ratchadaphisek Road on Sunday, leading to an evacuation of the building. No injuries were reported.