Villagers in tambon Wang Yai use boats to move around on Wednesday. Their village has been inundated for more than two weeks and the water has started to smell. (Photos by Phubes Fates)

SUKHOTHAI - Residents of a village with 65 households in tambon Wang Yai of Si Samrong district are in need of urgent help as the village has been flooded for over two weeks and the water has begun to smell.

Manop Wongwanna, deputy chairman of Wang Yai tambon administration organisation, said the village has a population of about 130, is situated in a low-lying area and has been flooded by water 1-2 metres deep for the last couple of weeks.

The floodwater has become stagnant and polluted and is now giving off a foul smell. The situation had become so bad that many residents were practically living on the main road, the nearest dry land, so they could breathe fresh air.

It is also an arduous task for the villagers to travel by boats to other villages, and food has become scarce.

Their motorcycles, pickup trucks and other vehicles as well as cattle, domestic pets and farm tools have been moved to the road passing the village. 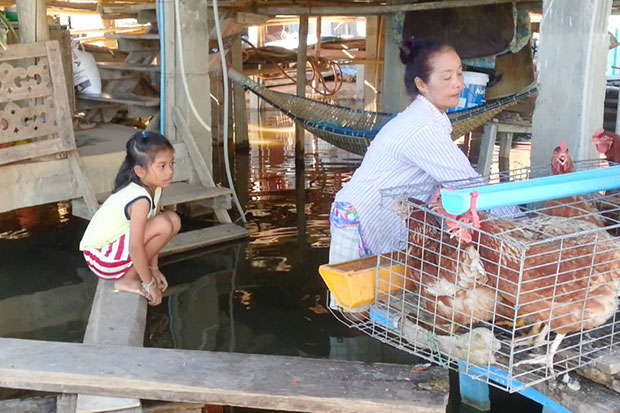 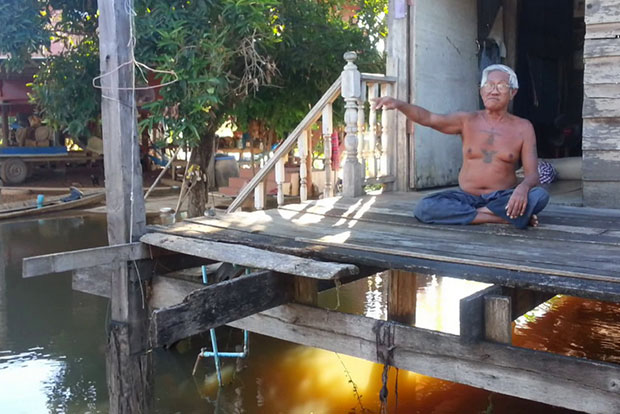