Travellers wanting to take an interprovincial passenger van service from Bangkok will have to go to one of three bus terminals starting on Oct 25, when the long-distance vehicles are banned from Victory Monument.

During the first six months, free shuttlebus services will be provided for passengers from Victory Monument to the three bus terminals. 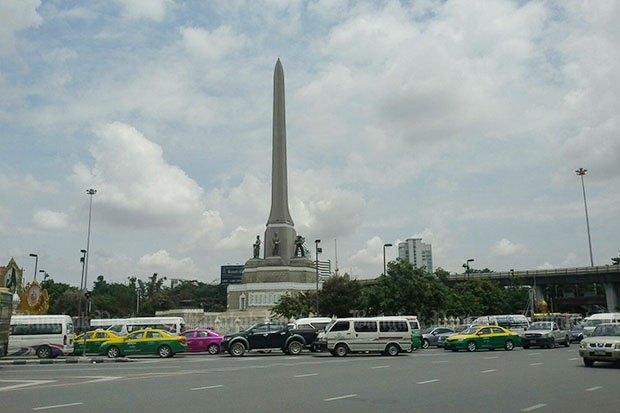 Victory Monument, which has long been known as Bangkok's hub for long-distance vans - a major factor in the chronic traffic congestion in the area. (Photo by Nittaya Nattayai)