Net idol 'had no mental treatment' before crash
Thailand
General

Net idol 'had no mental treatment' before crash

A young businesswoman responsible for triggering a major car crash on Ratchadaphisek Road on Tuesday has no history of psychological treatment, according to police.

A net idol, Kritrada Thabthimpol, 28, known on the internet and YouTube as Namzom Zomy, was driving her BMW sedan when she appeared to lose control at the wheel and crashed into other cars during evening rush hour on Tuesday.

Motorist Suppa-at Kulasing, 36, told police Ms Kritrada's vehicle rear-ended his Honda Civic sedan with such force that his car crashed into a taxi and another Honda vehicle in front of him. 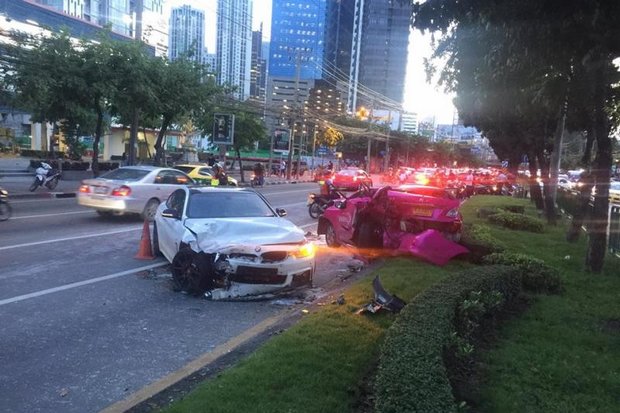 Ms Kritrada's BMW finally came to rest at kerbside near the Thailand Cultural Centre, leaving a major string of crashes and injuries behind. (Photo via Facebook/Beer McQueen)

Ms Kritrada continued to drive her car and side-swiped and crashed into several other cars near the entrance of the Thailand Cultural Centre's subway station, he said.

Pol Capt Papinawit Senaplaeng, deputy chief investigator of Huai Khwang police, said Ms Kritrada has no history of psychological treatment although she had been on an anti-depressant medication prescribed by a hospital in Bangkok.

The medication's side-effects include drowsiness and it was possible the woman had taken some pills before driving.

Police also found a number of brand-name bags and many gold necklaces in the car. 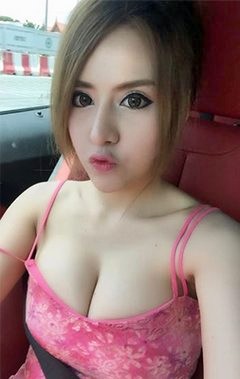 A police source said the woman co-owns a successful beauty product business with her friends. However, her friends recently withdrew their shares in the multi-million-baht business, putting Ms Kritrada under heavy stress.

Pol Capt Papinawit said the woman was taken to Huai Khwang police station where she refused to speak during questioning.

She was constantly praying to a deity before excusing herself to go to the toilet.

Ms Kritrada was away too long, prompting the police to check on her. She was found unconscious in the toilet, according to the deputy chief investigator.

She was later referred to a hospital in the Saphan Khwai area for a check-up to see if she had used illicit drugs or was under the influence of alcohol.

But before the hospital was due to release its test result, her mother took the businesswoman to a hospital in Ratchaburi where she was examined for any psychological abnormality.

Huai Khwang police will travel to the Ratchaburi hospital to question her.

So far, police have not charged Ms Kritrada.

Songkan Atchariyasap, a lawyer and chairman of the Network Against Acts that Destroy the Kingdom, Religion and Monarchy, said it must be medically established whether Ms Kritrada has suffered a psychological illness. If so, it could be cited as grounds for reducing any legal punishment against her. He added if the woman had been treated for psychological problems, she would not have been able to obtain her driver's licence.

The lawyer said it should not be assumed that because Ms Kritrada was in possession of anti-depressants that she must be suffering from psychological problems.

Mr Songkan also said it can certainly be argued the woman was mentally sound since she must have won the trust and confidence of her customers to be able to sell such a large volume of her products.

GENEVA: The World Health Organization said Wednesday that a variant of Covid-19 behind the acceleration of India's explosive outbreak has been found in dozens of countries all over the world.

Government Savings Bank (GSB) is aiming to lower the interest rate for car title loans to ease the burden on borrowers in this segment, says Vitai Ratanakorn, the bank's president and chief executive.