The Sheikhul Islam Office (SIO), the government's Office of the Chularatchamontri, has denied money has been spent supporting Islamic State (IS) activities in Syria after some Thai Muslims in the deep South were accused of funding the extremists.

The SIO was responding to information supplied by an Australian police officer to the Royal Thai Police, saying some groups of Thais mainly from the deep South were providing financial support to the IS.

However, deputy national police chief Pol Gen Srivara Ransibrahmanakul later said security agencies have not detected any IS-related activities in the country, nor have they found evidence that Thais are providing financial support to the group.

Since the Syrian civil war erupted in 2011, donations and funds for asylum-seekers fleeing death, and relief workers in Syria have been raised by Thai Muslims in the deep South. 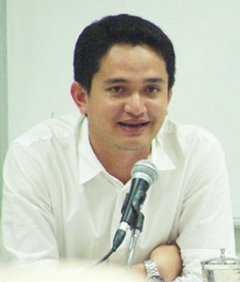 "We raised funds to help the civil war victims, not for the IS group as the police claimed," said Mr Zakee Phithakkumpol, executive director of the Council for Humanitarian Networking of the SIO.

To make sure that funds, food, clothes, medicine and other necessary items reach victims of the conflict, the council is working with Doctors Without Borders and government agencies in Turkey, he said.

"Thai Muslims are working closely with anti-IS organisations from different countries. How could we fund the IS?" Mr Zakee said.

Maslan Mahama, 52, a representative of the council working in Pattani, insisted money does not go to any terrorist groups as violence is "not considered an Islamic way".

"All fundraisers and charity events are held to strengthen the Muslim brotherhood worldwide," Mr Maslan said.

"We [Thai Muslims] do not support any kind of violence."

He said relief funds comprised between 3-5 million baht each round of fund-raising for refugees in Syria and several countries in the Middle East where refugees fled, such as Lebanon.

Asked to comment about possible reasons why it is that some Thais frequently travel back and forth between the kingdom and Syria, Srawut Aree, from the Muslim Studies Centre of Chulalongkorn University, said many Thai Muslims have travelled to provide humanitarian assistance and work with relief workers in several countries in the Middle East, including Syria.

"Is it true Thai Muslims back the IS movement? Because even the insurgents in the restive deep South disagree with the IS group's idea of extremism," he said.

In response to claims that 100,000 social media users, mostly from the far South, have followed IS-related websites for over a year because they supported the group, Mr Srawut blamed negative news coverage about Islam by the Western press which forced Muslim people to avoid receiving news from the mainstream media and choose to follow other news channels instead, including some sites linked to extremists.

"News and articles written about Islam usually come out with bias," he said.

He suggested Thai authorities look into claims made by the Australian police "more carefully".

"To accuse Thai Muslims without solid proof can exacerbate the negative image of Muslims in the country which is not good for us at all," Mr Srawut said. IS is wealthy and clearly self-financing, he said.

He demanded evidence of financial support and Facebook accounts which link some Thai Muslims to the IS group from the Thai police. He said a better way to handle these concerns is to work and consult with Thai Muslims.