People are confident he can follow in father's footsteps as the nation awaits an event few living Thais can remember - a new King. (Reuters photo)

Deputy Prime Minister Prawit Wongsuwon yesterday revealed that His Royal Highness Crown Prince Maha Vajiralongkorn has agreed to become the new King, pending an official invitation, as admiration and joy from people greeted the news of the start of the process toward a new reign.

Gen Prawit said the Crown Prince has agreed to reign. However, the deputy premier did not give further details.

His statement came after the National Legislative Assembly (NLA) on Tuesday called a special session to acknowledge the Crown Prince as the heir to the throne as informed by the cabinet.

NLA president Pornpetch Wichitcholchai said he would seek an audience with the Crown Prince, expected to take place within the next two days, to invite him to ascend the throne as the 10th King of the Chakri Dynasty.

Deputy Prime Minister Wissanu Krea-ngam said earlier the NLA president would make a public announcement after he has attended the private audience with the Crown Prince and His Royal Highness accepts the official invitation to reign.

Meanwhile, exhilaration and happiness greeted the news of the start of the process leading to the new reign.

Visiting a photo exhibition of the late King Bhumibol Adulyadej at the National Museum near Sanam Luang yesterday, 71-year-old Hayu Jongprasertlarp said her "infinite" love and support for the late King will be extended to the next King. 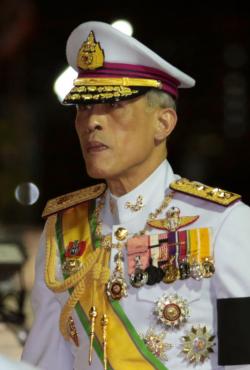 "I love and respect the late King with my life and I am going to continue doing the same for the next King," Ms Hayu told the Bangkok Post.

Queuing up to collect a free book on King Bhumibol's teachings distributed by the Culture Ministry, the Bangkok native said nothing could sway her utmost respect for the Thai royal family.

"Even though I am not well educated, I am aware that all Thai royal family members have worked hard to improve every inch of this country, out of love," Ms Hayu said as her eyes filled with tears.

In the current period of transition, Ms Hayu said, the late King will always have a large place in her heart.

"I believe the Crown Prince will strictly follow his father's footsteps and move the country in the right direction when he ascends the throne. I have faith in him," said Supavadee Sojisirikul, 36, an employee at Ramathibodi Hospital's Advanced Diagnostic Imaging Centre.

"Change will lead us to a bright future," she said, adding that she will continue her admiration and support for the royal family.

The Crown Prince was named by His Majesty the late King as the heir to the throne under the 1924 Palace Law on Succession and under Section 23 of the abrogated 2007 constitution, which has been carried over in the current interim charter.

HRH Prince Vajiralongkorn became Crown Prince on Dec 28, 1972, upon his coming of age.

When the Crown Prince accepts the NLA president's invitation to be the new King, he will assume the title of "Somdet Phrachao Yu Hua" and his title will be changed to "Phrabat Somdet Phrachao Yu Hua" only after an official coronation expected to take place after the late King's royal cremation late next year.

"No matter what reign we [Thai people] live in, we owe a huge debt of gratitude to the monarchy," said Adam Sahadam, 24, a Thai Muslim from Pattani.

"I am confident the Crown Prince will carry on his late father's legacy for the joy and benefit of all Thais," said Chanintorn Yaemsa-ard, 63, from Bangkok.

Thais will always have respect for and loyalty to the monarchy, she added.

Dissakul Osathavoranun, from Nonthaburi, has also pledged her unwavering support for the Crown Prince.

"I will need time to adjust to the new era, but I have faith the Crown Prince will reign with righteousness like his late father did before," she said, adding her support for the royal family was unending.

Many also vowed to perform the proper duties of citizens in a tribute to the late King and to honour the Crown Prince.

Nateekarn Kamphro, 20, a student from a vocational school in Bangkok, said: "The best I can do is focus on improving my studies and being a good daughter to my parents."