A six-wheel truck being driven in a wild, erratic manner broke through police checkpoints and hit 36 vehicles, 30 cars and 6 motorcycles, in the Ekamai area of Bangkok early Wednesday afternoon.

Around 12.15pm, Makasan police received instructions to stop a white six-wheel truck which was being driven dangerously and causing havoc, and detain the driver.

Police tried unsuccessfully to stop it as it travelled from Phetchaburi Road to North Thong Lor and then to Ekamai Road.

Police finally shot out its tyres and the vehicle came to a stop in front of the  Ekamai Bus Terminal.

Traffic police closed the short and busy Ekamai Road, causing traffic to build up in nearby areas of Thong Lor, Phetchaburi Road and Khlong Tan.

The truck left 36 damaged vehicles in its wake, 30 cars and 6 motorcycles.

Early reports were that three people had been injured. The truck driver, aged  30-40 years old, had been arrested and taken to Thong Lor police station.

Pol Col Rithee Pandam, commander of Makkasan police station, said in a radio station interview, described the string of incidents as emanating from a hit-and-run.

The investigation was continuing, he said. 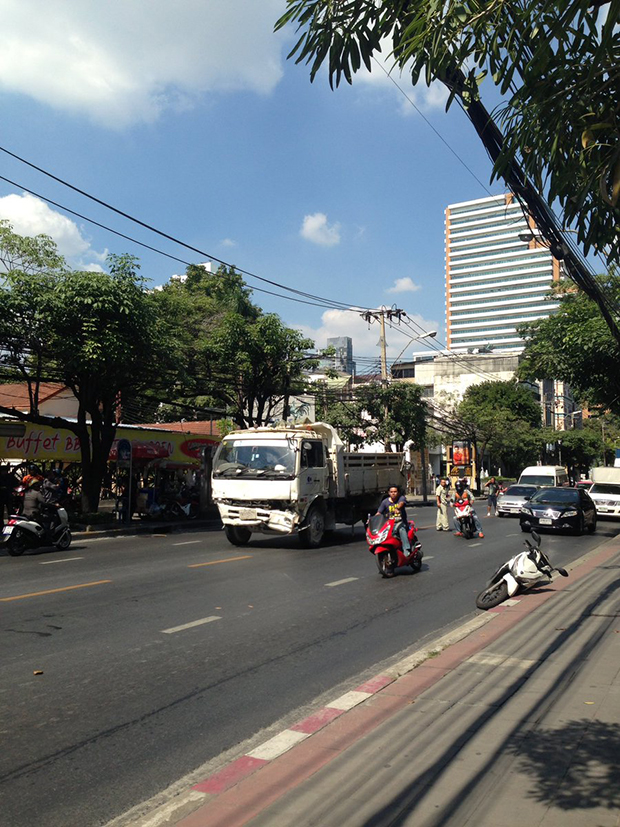 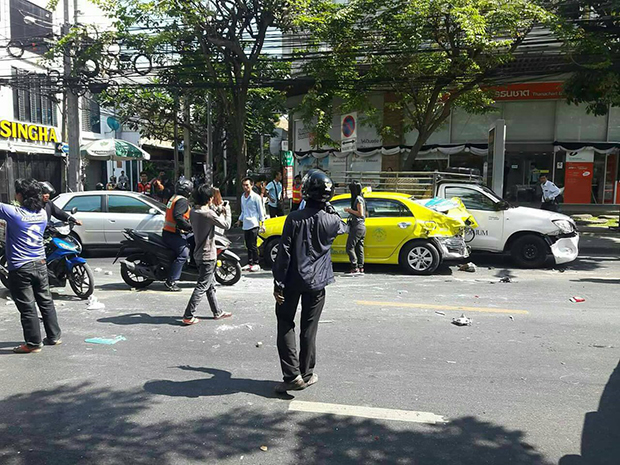 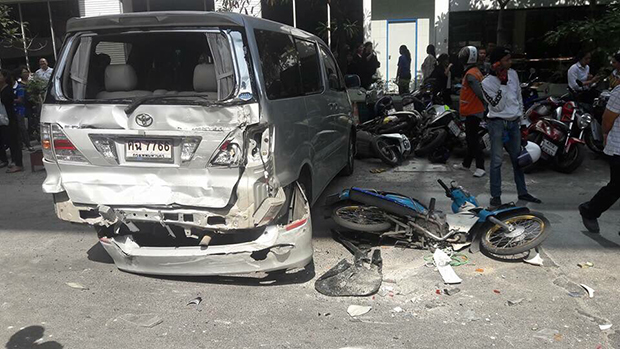 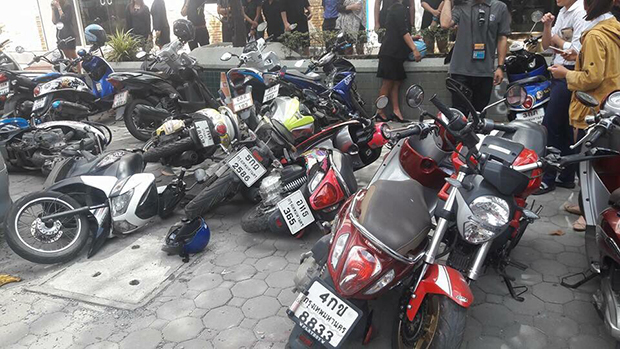