Gen Kampanat Ruddit, a former assistant army chief, has been appointed a new member of the Privy Council to advise His Majesty King Maha Vajiralongkorn Bodindradebayavarangkun. 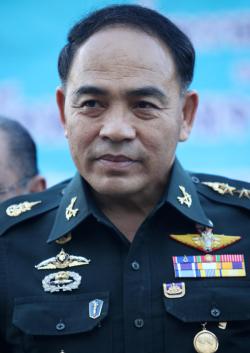 He joins another 12 members of the council appointed earlier in December.

A royal command appointing the members of the Privy Council was published in the Royal Gazette on Dec 12.

Gen Kampanat’s appointment was published on Friday and signed by Gen Prem Tinsulanonda, president of the Privy Council.

Gen Kampanat resigned from his post as a member of the National Legislative Assembly (NLA) on Wednesday in order to take up his new responsibilities.