A fresh stand-off is looming following a move by members of the National Legislative Assembly (NLA) to push for amendments to the 1992 Sangha Act to restore an old tradition in which the King reserves the right to name the supreme patriarch.

The Buddhism Protection Centre of Thailand (BPCT), which is an ally of the Sangha Supreme Council (SSC), has threatened to mobilise monks and the general public to oppose the amendments.

A total of 84 NLA members have signed in support of the amendment draft. The NLA will today hold a meeting to submit and explain the draft amendment to Section 7 of the Sangha Act to the cabinet through Prime Minister's Office Minister Ormsin Chivapruck.

Section 7 says the King appoints a successor to the supreme patriarch after his predecessor has left office or is unable to perform his duties. It also states the prime minister, "with the SSC's consent", nominates the candidate to be royally appointed as the new supreme patriarch.

The proposed amendments, which were unveiled on Tuesday by NLA whip Jetn Sirathranont, seek to keep the SSC out of the matter. The change says the King selects and appoints a supreme patriarch while the prime minister countersigns the appointment.

According to Mr Jetn, the proposed change is aimed to overcome incidents such as the present impasse in which Prime Minister Prayut Chan-o-cha has declined to pass on to the King the nomination of Somdet Phra Maha Ratchamangalacharn, widely known as Somdet Chuang, for royal endorsement.

The SSC has nominated Somdet Chuang, the abbot of Wat Pak Nam Phasi Charoen, as the new supreme patriarch. 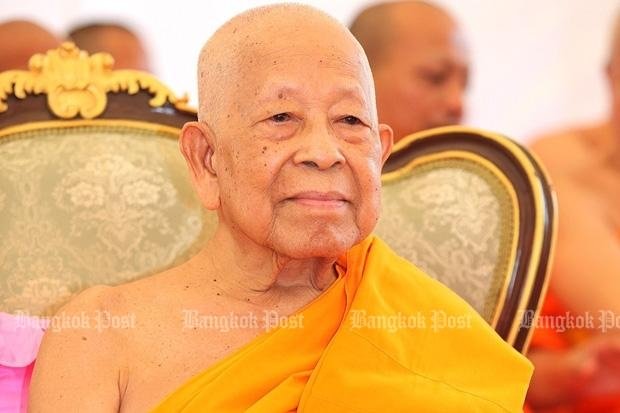 The nomination has been passed to the prime minister but the issue has been on hold because Somdet Chuang faces criminal charges in connection with car tax evasion. The Department of Special Investigation, which is responsible for the case, claims Somdet Chuang's vintage Mercedes-Benz was linked to falsified import papers and tax evasion.

In response to the NLA's move, Phra Methithammajarn, secretary-general of the BPCT, has posted a Facebook message saying if the NLA members press ahead, he along with Buddhist groups will also make a move.

"If you think you have the authority and legitimacy to proceed, so do we. There is no other choice. I'd like to ask the cabinet and PM's Office Minister Ormsin to think about it," he said.

The monk said the NLA members who are in favour of the proposed amendment are disillusioned to think that keeping the SSC out can resolve the dispute.

Phra Methithammajarn, who is also vice-rector for Mahachulalongkornrajavidyalaya University, said the dispute arose because some people were meddling with monastic affairs and trying to lead the public into thinking there was a conflict that needed to be addressed.

He doubted the proposed amendment could resolve the conflict, saying it could only make it worse.

"There is no problem if you want to keep the SSC out. But ask yourself if your move is out of sheer good will and for a good cause," he said.

"There has been debate on who should vote to select the prime minister. To solve the dispute, no one ever suggests removing parliament from the process."

Mr Ormsin, who is in charge of the Office of National Buddhism, Wednesday played down the drama, saying he will today hear out the NLA about the proposed amendment and report back to the prime minister.

He said it is too early to say if the nomination of Somdej Phra Maha Ratchamangalacharn by the SSC will be dropped following the amendment.

Also Wednesday, NLA member Somchai Sawaengkarn, another NLA whip, defended the move, saying NLA members who signed in support of the amendment reviewed the matter and agreed to proceed.

He said they were not instructed by any individual or group to propose the amendment.

Mr Somchai said it is up to the government to decide if it will also submit its own version of the amendment to be deliberated by the NLA. He insisted NLA members are eligible to propose the amendment to the legislation because it is not a finance-related law.

According to Mr Somchai, the proposed amendment is in line with the Sangha Act before the 1992 change. The pre-1992 version states the King selects and appoints a supreme patriarch while the prime minister is only responsible for adopting it for implementation.

He said that Section 7 of the 1992 law has never been enforced because the late supreme patriarch was appointed in 1959.