Street crime down, cybercrime up

Online fraud and cybercrimes are expected to grow in the next year as Bangkok Metropolitan Police target loan shark gangs and criminals working independently.

Trending online in Bangkok are fraud, theft, scams and libel.

The street crime rate has dropped while cases of cyber crime have gone up, according to the Metropolitan Police Bureau (MPB).

The MPB is worried that internet-based crime is on the rise, especially online fraud.

The rate of street crime such as theft, robbery and car break-ins has fallen sharply in the past year, said Metropolitan Police Bureau commissioner Pol Lt Gen Sanit Mahathavorn, adding the number of stolen cars and motorcycles in Bangkok dropped by more than 1,000 cases last year.

He said the success was due to stepped-up measures by the MPB such as increased police patrols.

"In the past year, we told our patrol officers to talk more to people in their communities and ask them to take precautions and protect themselves from possible crimes," he said. 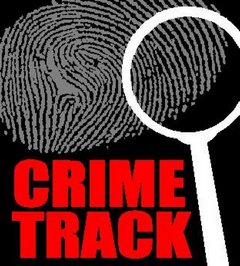 As a result, street crime came down significantly in downtown areas, he said.

Cyber crime, on the other hand, is most likely to rise this year, continuing a trend which has been observed in the past 12 months, he said.

Although the MPB is not directly responsible for tackling online crime, its detectives have been assigned to help sniff out any dodgy online criminal activity -- be it online fraud scams or libel on social media.

"I believe internet-based crime rate is going up, especially fraud scams," he said.

The MPB also aims to counter drug problems in communities. This year it has set its sights on an additional 16 communities in its drug suppression programme, which is underway now in four communities.

He said Thailand is being closely watched by other countries in the way it handles these types of crimes.

Pol Maj Gen Suthin Sapphuang, acting commander of the CSD, agreed that fraud, both on the internet and in general, is increasing.

Last year, many cases came to light of investment scams and predatory lending.

The problem of predatory lending is expected to worsen this year as many low-income people who are in need of cash are unable to obtain access to loans offered by state-run financial institutions and banks, he said. Loan sharks are known to assault or sometimes murder defaulters, he said.

The CSD also aims to tackle criminals working independently, who tend to be harder to catch than those in gangs.

In the past, police were able to track criminals and hitmen after obtaining information from the gangs they belong to, he said.

This year, the CSD will begin compiling information about hitmen in particular into a database, affording police investigators greater ease in searching for those suspected of involvement in crimes, he said.

Most new faces in hitmen circles are found to be former inmates released after serving time in jail, he said.

The CSD has begun reviewing thousands of old arrest warrants issued for criminal suspects who are still at large and believed to be among those newcomers in the hitman business, he said.

As for transnational crime suppression, he said, the CSD is stepping up efforts to seek cooperation from foreign embassies.

Embassies usually have better information about criminals coming from their own countries, he said.