HUA HIN – A task force on wildlife trafficking has unearthed the bones of five elephants which they suspect are linked to the merging of wild animals into domestic populations.

The Phaya Sua task force excavated a site in Moo Baan Chang (elephant village) after it received a tip-off that dead elephants had been buried there without the knowledge of concerned authorities.

In an expanded investigation into the assimilation of wild elephants in the Western forest complex, the team was tipped off that wildlife poachers had tranquilised wild elephants in Kaeng Krachan National Park in nearby Petchaburi province and transported them on vehicles to Moo Baan Chang, waiting to merge them with captive populations. However, some of the captured elephants died from an overdose of tranquilising agents and were buried.

Chaiwat Limlikit-aksorn, chief of the Phaya Sua special task force, said Prakorb Chamnarnkij, the owner of Moo Baan Chang, had never reported a single dead elephant to authorities. Therefore a thorough examination would be needed to conclude if the elephant remains were linked to the elephant gang.

The Phaya Sua task force, accompanied by forensic scientists, anti-graft officials and Department of Special Investigation officers, used backhoes to excavate five separate spots in Moo Baan Chang where they had been told the remains of dead elephants were buried.

The team made the first discovery at 1pm on Wednesday. They found skeleton remains of two elephants of unknown age buried three metres deep on the eastern side of the attraction’s tourist reception centre.

Officials have held all of the staff for questioning.

The skeletal remains of the third elephant were discovered at 2.45pm about 200 metres from the first spot. The remains were of varying size and included many parts from the skull, leg and neck.

Mr Chaiwat said the remains were likely to have been buried for not less than two years. Excavation will continue at the sites.

Thanya Netithammakul, head of the National Parks Department, will inspect the sites on Thursday to arrange a follow-up investigation.

The Phaya Sua unit was set up by Mr Thanya in May last year. Its main objective is to arrest major offenders and influential figures behind forest encroachment and wildlife trafficking, launching at least two cases each month. 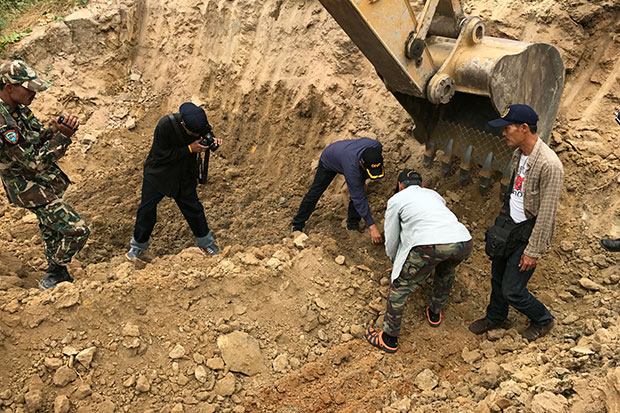 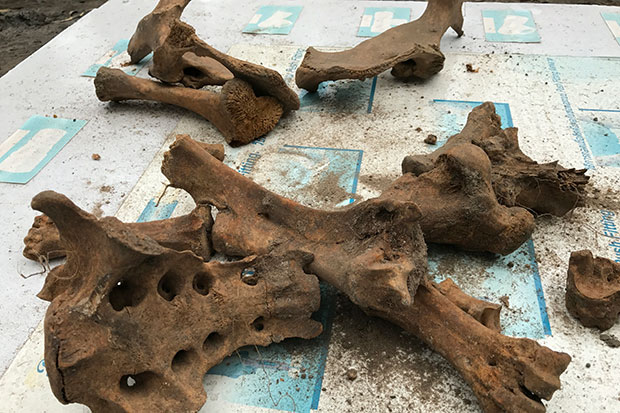 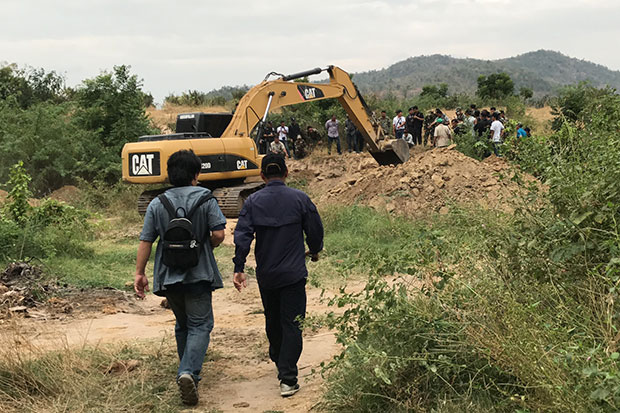