A Chon Buri forensic official on Thursday inspects the charred wreckage of the van involved in a crash which killed 25 in the eastern province on Monday. (Photo by Patipat Janthong)

A total of 478 people were killed and 4,128 injured in road accidents during the "seven dangerous days" from Dec 29 to Jan 4, making the 2017 New Year death toll the highest in the 10 years that records have been kept.

Deputy Interior Minister Suthee Makboon, chairman of the centre for the prevention and reduction of road accidents under the Disaster Prevention and Mitigation Department, said on Jan 4, the last of the seven-day campaign, there were 340 accidents across the country in which 52 people were killed and 367 injured. The fatalities included people injured in previous days who died on Wednesday. 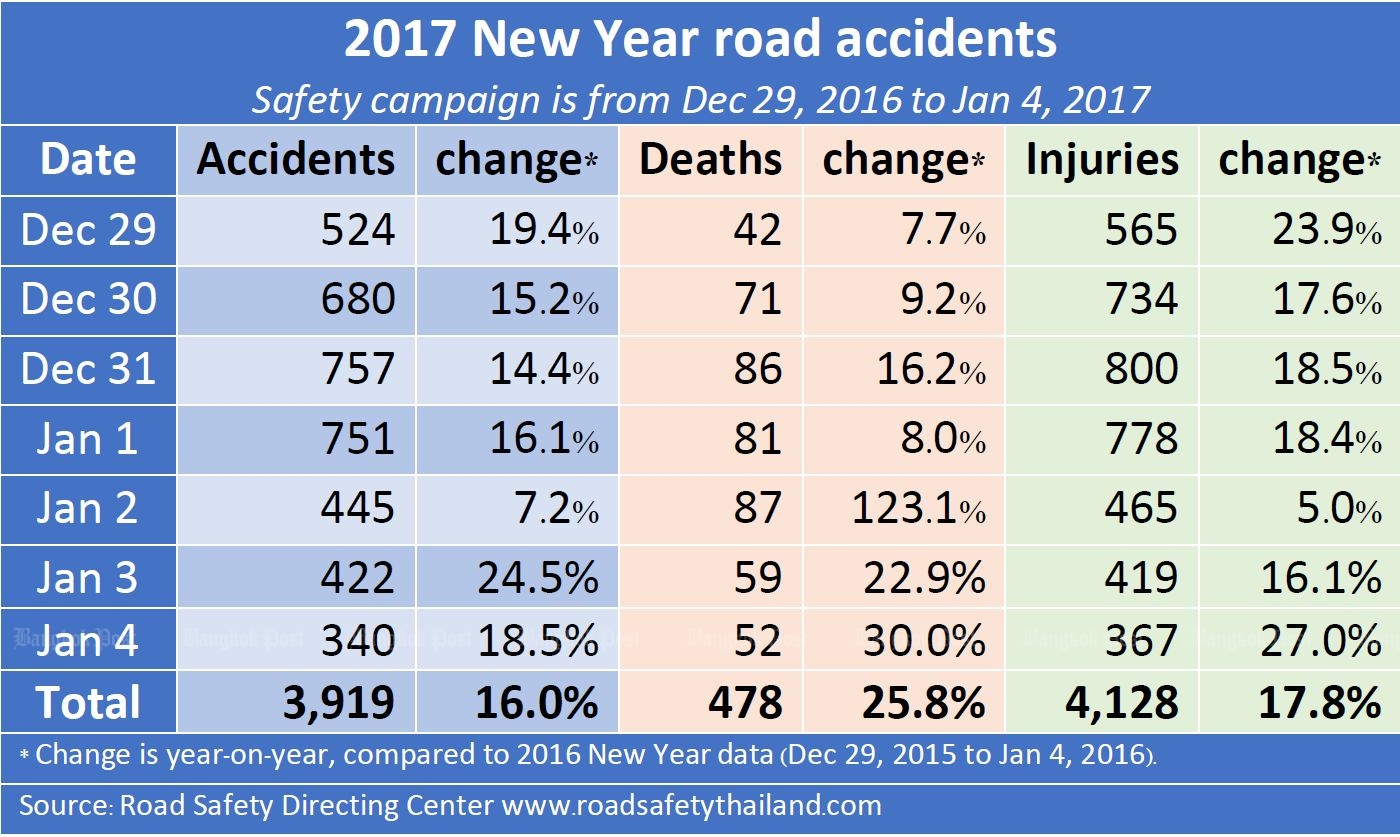 Four provinces which recorded no deaths were Mae Hong Son in the North and Yala, Ranong and Satun in the South.

The provinces with the highest number of accumulated accidents, 152 each, were Udon Thani in the Northeast and Chiang Mai in the North.

Chon Buri topped the death toll with 33, while Udon Thani and Chiang Mai recorded the highest number of injured, 164 each.

Mr Suthee said during the seven days, 4.4 million vehicles were checked by the authorities and 727,438 people were charged with traffic-related offences.

During that period, the number of vehicles leaving and arriving in Bangkok was about 11 million in total, 26.10% up from 8.7 million on normal days, a factor that increased risks of accidents and caused higher numbers of deaths and injuries, he said.

Mr Suthee said lessons from the increased New Year 's death toll would be taken to mete out measures to be carried out before the Songkran festival. 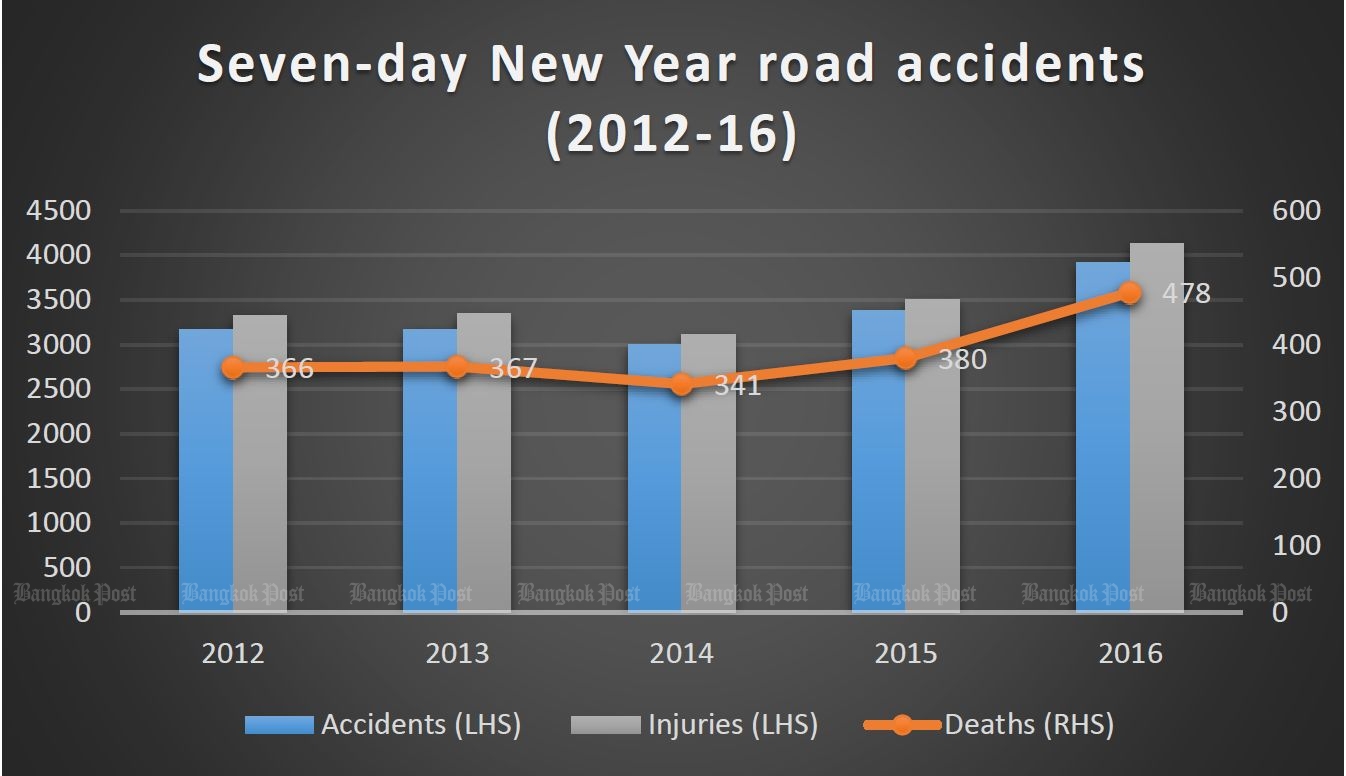