English app for technical students to be launched
Thailand
General

English app for technical students to be launched

The Education Ministry will introduce a new version of an English-learning app in two months to boost vocational students' English proficiency.

"Thai graduates will certainly face tougher competition in the regional labour market in the near future, so we have to ensure they are well-prepared for the competitive job market," Education Minister Teerakiat Jareonsettasin said Thursday, referring to the Asean Community (AC).

The app, which will be ready for free download in March, is being jointly developed by the Office of the Vocational Education Commission (Ovec) and the private sector, according to Mr Teerakiat. 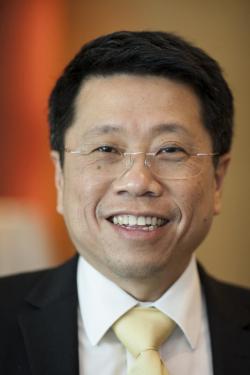 It will have thousands of useful English words and phrases regularly used in nine vocational fields including hospitality, tourism and marketing.

It will also provide about 200 English lessons that include speaking, listening, reading, and writing exercises.

He said the app will provide practical and useful English that will fit their future careers.

The minister added he didn't expect students to become fluent after using the app, but said it should be able to help their confidence when using the English language.

The app, which will be available in both Andriod and iOS formats, is part of the ministry's policy to provide free access to English learning for vocational students.

The ministry introduced two other versions of the Echo English app, which were designed for the general public and school students, last March.

They will be among five apps being developed to help Thais improve their English in different professions. The other versions, aimed at people in the tourism industry, engineers and technicians and civil servants, are to follow. After a trial period in six secondary schools, the school student version was made available to other schools across the country last year.

As well as developing Echo English V, Ovec has also arranged EP (English Programme) and Mini EP curricula in many vocational education institutes under its control to ensure Thai workers do not fall behind in the labour market, its deputy secretary-general Wanich Uamsri said.

There are currently 167 vocational institutes nationwide, with more than 4,000 students on these programmes. The majority of students are not though, he said.

Mr Wanich admitted the English proficiency of vocational students outside the EP and mini EP is low.

Factors discouraging better English proficiency among Thai students, a long-term problem for the education sector, include old fashioned ways of teaching, the influence of Thai culture, and low motivation to learn another language.

"Thai students are good workers, but they still lack language skills, which will limit their career opportunities," he said.