LAMPANG - Wildlife officials on Monday rescued a male tiger with a gunshot wound after it was seen roaming a plantation in Thoen district on Monday.

Officials from the Bureau of Conservation Areas Region 12 and Doi Chiangdao Wildlife Research Station in Chiang Mai were called to a cassava plantation on Lampang-Tak Road in tambon Mae Thod at 2.30pm after residents reported sightings of a tiger in the area and at a creek about 500 metres from the plantation.

The team cordoned off the area and went to a higher ground and discovered the tiger was hiding in a thick grassy area only 30 metres from the road. The big cat did not move because it was injured. Officials used a tranquiliser gun to capture it and later found the animal was shot in the buttocks and was bleeding. 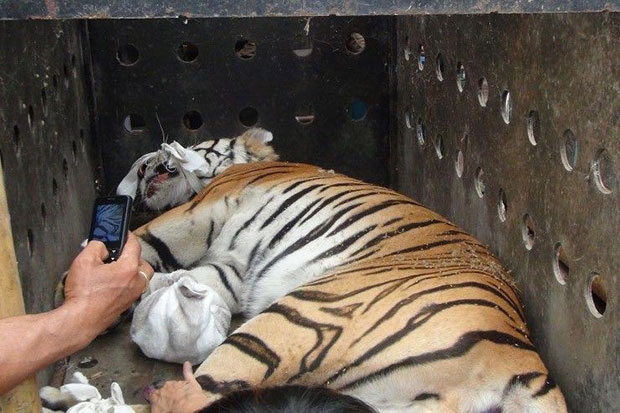 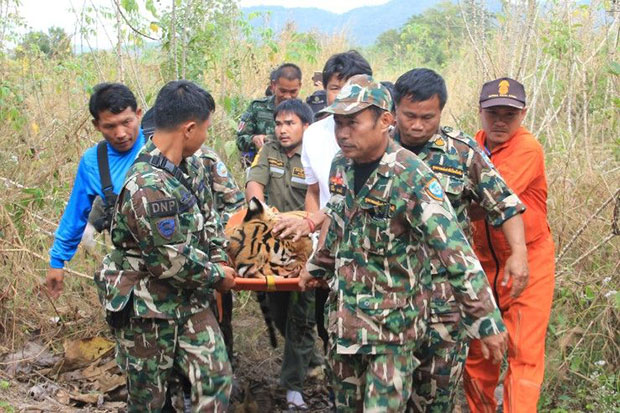