Immigration police explain the incident involving Thai tourists on Saturday to another group of Thais at the immigration checkpoint in Sangkhla Buri district of Kanchanaburi. (Photo by Piyarach Chongcharoen)

The incident took place in Payathonzu district, across the border from Sangkhla Buri district in Kanchanaburi. It was resolved after a half-hour of talks but underscored continuing tensions in Karen territory along the border.

The 37 Thai visitors arrived around 9am in three vans at a fresh market in Payathonzu opposite the Three Pagodas Pass. An unknown number of Karen men from the Border Guard Force (BGF) suddenly emerged to arrest the tourists.

Thai authorities quickly sent a team of officials and security officers, headed by Pol Col Khanchai Theerakul, chief of Sangkhla Buri district, to hold talks with Myanmar military and Payathonzu authorities. After the negotiations, the guards agreed to free the 37 Thais, who returned safely to Thai soil.

Col Piyapong Klinpan, deputy commander of the task force at the Surasi military camp, said Saturday’s incident appeared to have stemmed from a Thai police operation to arrest people involved in human trafficking on Jan 18.

The operation involved Anti-Human Trafficking Division police officers who posed as customers and offered to buy sex services from six sex workers in Payathonzu for 8,000 baht.

After the deal was made, two hired motorcyclists transported the six women across the border to a resort. When the six women arrived, police showed up to arrest them. Two of them were released as they were over 20 years old.

The four other girls, aged 16 and 17, and the two Myanmar motorcyclists were arrested and taken to Bangkok.

The BGF is part of an effort begun by the previous government in Myanmar to integrate fighters from the Democratic Karen Buddhist Army (DKBA) into official security forces under the control of the army.

The DKBA signed a ceasefire with the Myanmar government after breaking away from the Karen National Liberation Army, but tensions persist between some DKBA members and the BGF. 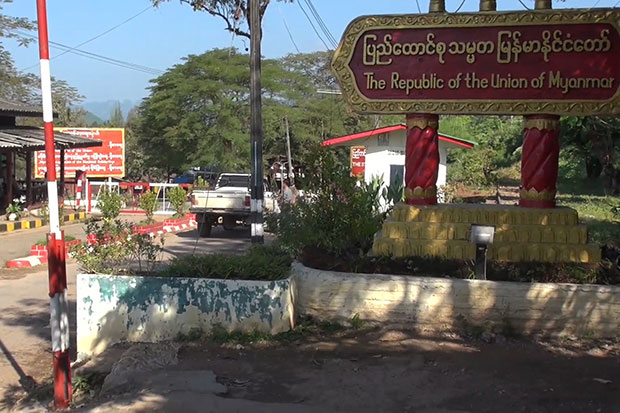 The Myanmar border at Payathonzu district. 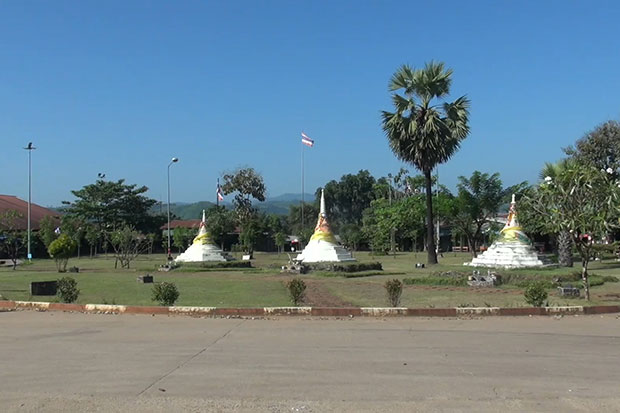 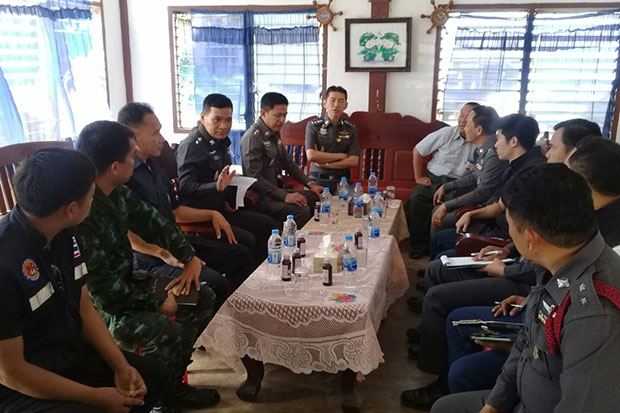 Thai and Myanmar representatives hold talks following the detention of 35 Thai tourists by Karen members of the Border Guard Force (BGF) on Saturday. hey were released after just half an hour. (Photo by Piyarach Chongcharoen)