LOEI - An air force instructor was seriously injured after he ejected from a two-seat Alpha Jet at low altitude on Wednesday morning during a training flight out of Wing 23 in Udon Thani province.

The trainee pilot later landed the aircraft safely. The incident is being investigated.

The instructor, identified as Sqn Ldr Sukhothai Srisomsai, was ejected from the aircraft above Ban Charoensuk village in tambon Na Din Dam of Loei's Muang district at about 11.15am.

The aircraft was at low altitude and the seat's parachute had not opened when he hit the ground, Royal Thai Air Force spokesman AVM Pongsak Semachai said.

Sqn Ldr Sukhothai was in the co-pilot's seat. The trainee, F/O Phuri Jullapallop, landed the plane safely at Wing 23 in Udon Thani.

Senior air force officers at that time were split over the procurement decision. Opponents were concerned that the planes were too old. Germany sold each plane for 1 million baht and quoted repairs at 49 million baht each. 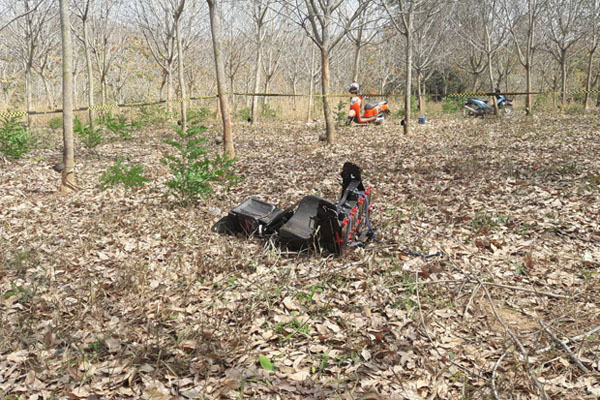