Individual taxpayers can claim child allowance deductions for an unlimited number of biological children or up to three foster children under the new personal income tax structure effective from the 2017 tax year.

The move, among other changes, is aimed at encouraging people to have more children, in line with government policy as Thailand is categorised as an ageing society, said Prasong Poontaneat, director-general of the Revenue Department.

The new structure abolishes the previous cap on the child allowance, limited to three regardless of biological or adopted children. The allowance per child also doubles to 30,000 baht from 15,000, said Mr Prasong.

If taxpayers have both biological and adopted children, they can deduct the allowance for up to three children, he said. 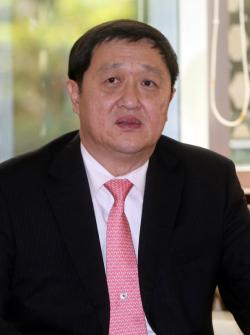 The new structure also raises the limit for those not liable for income tax to people earning below 26,000 baht a month, up from 20,000 baht.

The Finance Ministry has estimated an additional 1 million individual taxpayers will be exempt from paying personal income tax from the changes in the tax structure and the government will lose 32 billion baht in tax revenue, with 70-80% of the forgone revenue stemming from the higher personal and expense allowances for low- and middle-income groups.

The new law requires those earning 60,000 baht a year, up from 30,000, to file for a tax refund, which should reduce the Revenue Department's burden in inspecting the documents of 1 million people.

Thanavath Phonvichai, vice-president for research at the University of the Thai Chamber of Commerce, said the government should employ additional tax measures to boost the country's birth rate to prepare for a greying society.

He said the Finance Ministry could allow taxpayers to deduct more than 30,000 baht for the second child, state officials could claim education expenses for an unlimited number of children, and the elderly with children should receive a higher living allowance.

Thailand is already an ageing society as defined by the UN and will become an aged society by 2025. A society is considered to be ageing when one-tenth of its population is over the age of 60, and aged when one-fifth is over 60.