The Treasury Department, with royal permission, has produced two new coins to commemorate King Rama IX, both in a 20-baht denomination, which will be available to the public next month, said department chief Jakkrit Parapanthakul. 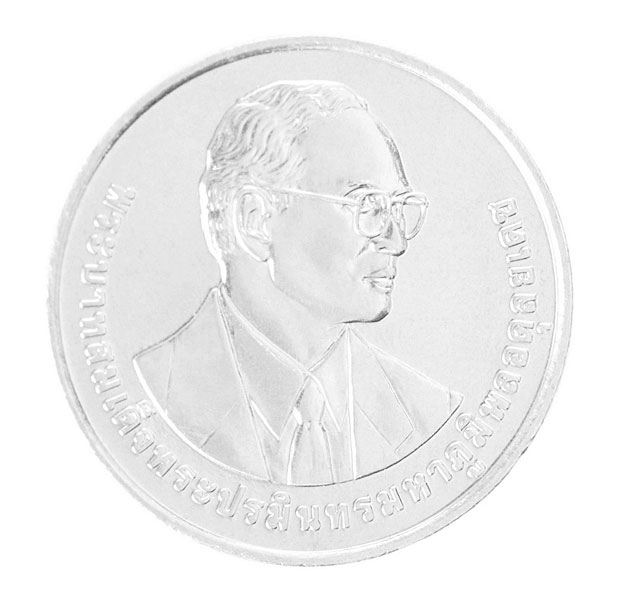 The front of one of the coins produced in commemoration of King Rama IX. (Treasury Department photo)

One is to mark 100 years of Thai cooperatives, and the other to commemorate Thailand's entry into the Asean Economic Community (AEC).

Both are made of a mixture of nickel and copper.

With an ID card, an individual can buy one set of five coins -- two AEC coins, two Thai cooperatives coins and a coin to commemorate 50 years of royal rainmaking.

Mr Jakkrit said the design for the coin to be released for the royal funeral of King Rama IX is expected to be finalised in March. One side of the coin will feature an image of the late King, with the royal pyre on the reverse.

The number of gold, silver and copper coins to be produced will be decided by the number of reservations.

He said 39.9 million of the nickel coins will be produced.